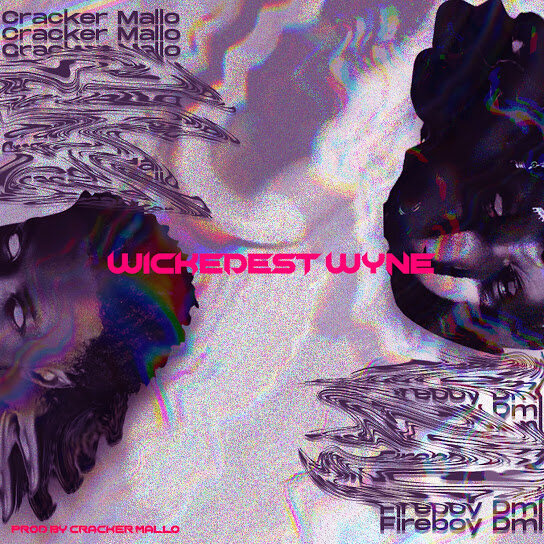 “Wickedest Wyne” by Cracker Mallo and Fireboy DML is the latest record that bursting our speaker and rocking our playlist.

Hit maker Cracker Mallo who know with the vocal signature, Cracker..Cracker…Cracker (Sound!) serves us with a new banger by employing the services of Fireboy who delivered Great!. Fireboy did justice to mid-tempo banging beat by dishes out a catchy chorus and hook. His vocals complimented the infectious tune/sound well.

Cracker Mallo (Born 1996) is a Nigerian music producer, singer, and songwriter from the Lagos Island a regional part of Lagos state, Nigeria. His sound comprises a fusion of a wide variety of genres built on Afro Beats as the foundation. Cracker is seen as one of the biggest upcoming producers coming from west-Africa working on some of the biggest hits on the continent. ‘In A Jiffy’ is the first single released under his own name.

The song “In a Jiffy” was created in Lagos, 2018. Composed and produced by Cracker. It’s the result of Cracker’s attempt to explore the Afro Swing sound. The Lyrics contain a narration of his personal experiences and lessons he’s learnt so far.

After his first single Cracker focused more on his production side and so far so good has produced Hit songs with Big names (A-list acts) in the Nigerian music industry. Olamide, Tiwa Savage, Slimcase, Peruzzi, 2Baba, Fireboy DML, Dice Ailes are some of the top names he has worked with.

“Wickedest Wyne” is their latest offering and it’s an introduction to Cracker Mallo’s forthcoming project; SAUND. Listen and Enjoy below…