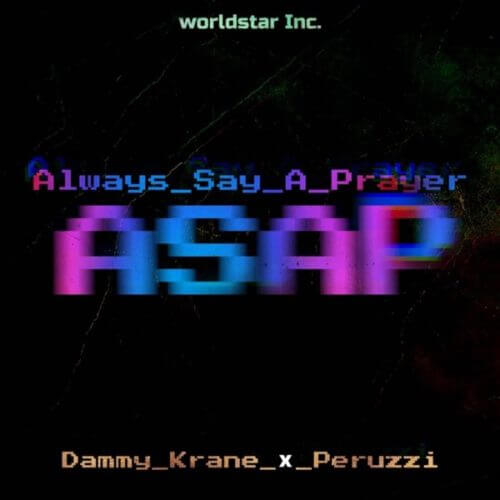 Worldstar boss, Dammy Krane moves on from his last single ‘Pay Me My Money’ by linking up with DMW’s vibe machine, Peruzzi for a new record. The new song is tagged “Always Say A Prayer” (ASAP) and it was produced by Donadah productions.

Dammy puts God first in everything he does by saying a prayer whenever he wakes up in the morning. Let God lead so your story can change for good.