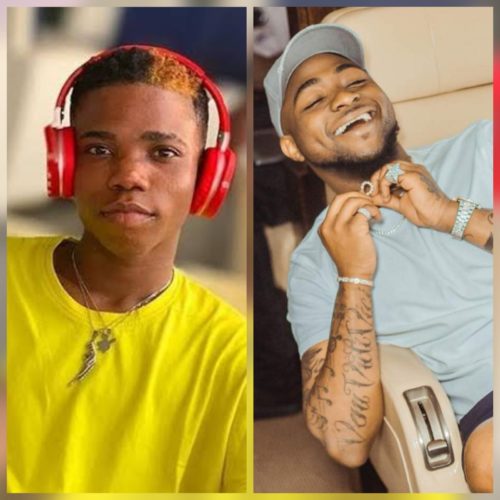 Former YBNL signee and raving teenage singer; Lyta, has just been presented with a golden opportunity by DMW boss, Davido in a manner to  suggest he could be ready to do a remix to the teenager’s latest single; “Monalisa.”

Lyta who just recently dropped the song has been getting a lot of love from music fans as well as industry colleagues too.

Since he dropped “Monalisa” it’s been raving in the industry and getting appreciated by industry players. Moreso, a pleasant twist occured to the already sweet story surrounding the song as Davido in a manner that preaches him being ready to support the up and coming act by appearing on the remix to the song, presented him with a cryptic question on his Instagram page.

Could a remix of the song with the OBO really be in the bag? Let’s wait and see!

“Davido Presents Lyta With A Golden Opportunity After Getting Kicked Out Of YBNL”, 5 out of 5 based on 23 ratings.

Nifemi is a graduate of the University of Lagos. He's a unique user of the pen when it comes to the expression of whatever. He is editor-in-chief of the organization and also a writer of news, articles, editorials and a lot more to help expand the level of knowledge of the readers and simultaneously have them entertained. A lover of music and football is who he is and a Man Utd die-hard.
Submit your comment
14 total pingbacks on this post
Click here