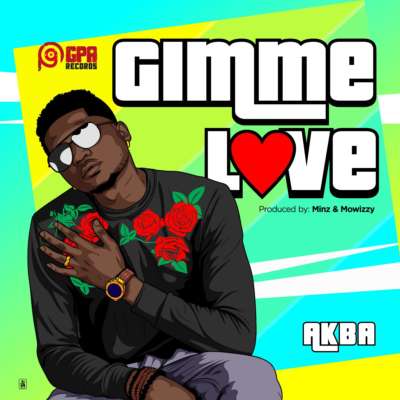 GPA Records act, Ebuka Uwakwe otherwise known as Akba comes through with a new jam entitled ‘Gimme Love’ as his first offering after inking a recording deal with the new entertainment company.
The versatile artiste collaborated with multi-talented producer, Minz and Mowizzy for the afro pop and dancehall song.
‘Gimme Love’ which is already getting massive rotation on the airwaves is tipped by music heads to generate a lot of attention.
Growing up in Lagos, Akba who hails from Imo State draw inspiration from top acts such as 2face Idibia, Kanye West and Rihanna. Although his diversity shines through in his music, Akba describes his music as pop and afro dancehall.
The brief signing ceremony was witnessed by GPA label executives, Ejimbe Sunday Izunna, Chief Executive Officer (CEO) and Orezimena Ogbuthu, Chief Operating Officer (COO) as well as other industry stakeholders including, A&R guru, Damilola Akinwunmi.
Beaming with smiles that belly his confidence, an excited Akba expressed his satisfaction. “I consider myself blessed to have GPA Records believe in my dream and my music. I can’t wait to share this with the world,” enthused Akba.
“There’s no doubt that Akba is a talent to watch out for and we are so delighted to partner to help him maximize his talent and reach his full potential. Music lovers should watch out for something that is about to hit them, “ Izunna said.
Akba – Gimme Love
Tags: Akba
Previous Post