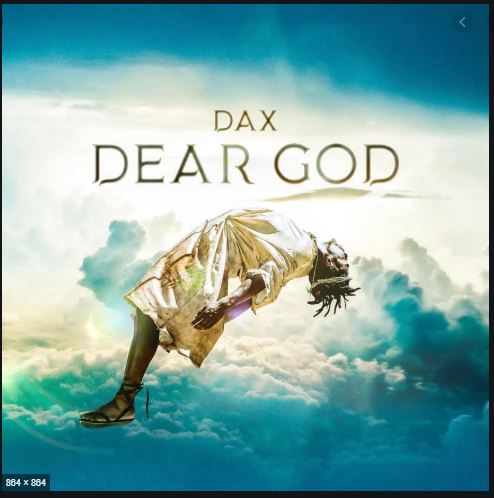 Daniel Nwosu Jr. popularly known as DAX is a Nigerian-Canadian rapper. Dax is from Nigeria, Kogi state in Adavi local government but was born in Ottawa, ON and grew up in Orleans, Canada. He got known to most with his rap freestyle videos on YouTube with the catchphrase ‘It’s Dax’.

Recently the young ambitious rapper got more popular with his recent viral single ‘Dear God‘, where he dropped some heavy bars about Religion, The Church and doubts about God…. ‘Do you believe in God?‘

This controversial video of Dax got everyone talking and made him a trend on social media. Watch the official music video for “Dear God” by Dax and get the Lyrics below….

Intro:
I just want to make this clear
I am a believer
But Sometimes it gets hard
My name is Dax

Dear god
There’s a lot of questions that I have about the past
And I don’t want hear it from a human you made so you’re the last person that I’m ever going to ask
Tell me what’s real
Tell me what’s fake
Why is everything on about you a debate?
What’s the point of love?
Every time I’ve showed it I was broken and it’s forced me just to only want to hate
Why’s there only one you but multiple religions?
Why does ever conversation end in a division?
Why does everybody want to tell us how to live but they won’t listen to the same damn message that they giving?
Tel me how to feel
Tell me what’s wrong
I tried to call, pick up the phone
I’m on my own
Everybody says you’re coming back then man why the hells it taking so long?
Why do I hurt?
Why is there pain?
Why does everything good always have to change?
Why does everybody try to profit off another mans work then destroy it just for monetary gain?

Tell me are you black or are you white?
I don’t even really care I just really want to know what’s right
They been saying one thing but I’ve been looking in the book and it seems like they’ve been lying for my whole damn life.

Tell me where I’m going
is it heaven or hell?
I just hope this message greats you well
I had a dream that I was walking with the devil I don’t remember how it feels but I swear that I remember the smell
looked me right into my eyes and told me Everything I wanted could be mine if I gave up and decided to sell but I said I’d rather die then get mine now I’m here no fear one man with a story to tell

Dear god where were you when I needed it?
When I fucked up and repeated it?
When they set the bar and I exceeded it? My life is like a book that they’ve judging by a cover but have took the time to fucking read the shit,
I remember telling you my goals and my dreams but you didn’t even answer so I guess you didn’t believe it,
I remember sitting with a gun to my head trying to ask you for some help but I guess you didn’t believe in it!

I don’t want religion I need that spirituality I don’t want a church I need people to call a family,
I don’t want tell my sins to another sinner just because he’s got a robe and he went to some academy
I dont wanna read it in book I wanna hear it from you
don’t want learn it in a school because they’re hiding the truth
don’t want to talk about it with another fucking human and that only reason that I even stepped in the booth

Dear god,
How do I take this darkness and turn it into light?
How do believe in concept where I speak to A man I’ve never seen with my own two eyes?
How do I know that religion wasn’t made just the separate the world and create a whole disguise just to keep us in these chains while the rich get richer and poor pray to you and perpetuate a lie?
How do I know this Eint some big joke?
How can have Faith when there is no Hope?
How the hell does one man have 100 billion dollars and we still have people on the street dat are broke?
Theres a lot of things I wanna talk about and get off my chest
I can’t sleep cause the devil won’t let me rest
I used to know a fucking pastor in a church and I can still hear the screams of the kids he would fucking molest

Dear god
Do you hear me?
I’m supposed to fear you but you ain’t said shit so maybe you who actually fears me ?
I don’t know the answer I just want to see it clearly so many lies there’s a 1000 different theories
All I want to know is who really made religion because I know it wasn’t you but don’t nobody believes me

No more lies
no more death
bring back King
bring back X please dear God let their souls rest protect who’s left and watch their steps
Dear God
I don’t want to have to ask you again all I hope is that you know that I’m still a believer so I’ll end this all by saying AMEN.