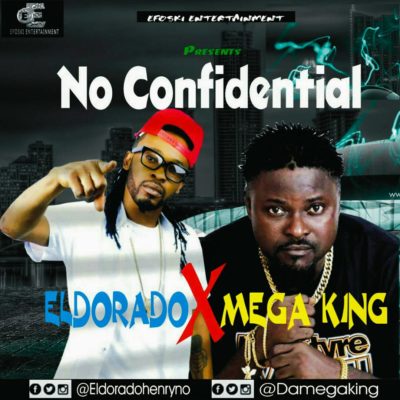 Henry Awoluyi popularly  know as ELDORADO hails from ovia south West L.G.A of Edo state. A graduate of Ambrose Alli University (A.A.U), an artiste, songwriter and a performer crisp out from EFOSKI ENTERTAINMENT, aimed to be renewed globally he released his first single titled OVERLOAD in year 2015 with a follow up single titled WEGHEGBE in year 2016 (Audio and Video) having massive airplay on radio and downloads all over the internet. As if that is not enough, he added another explosive hit “PERSONAL PERSON” same year making him become an unrelenting artist… Now he is out with yet another mind-blowing exclusive dancehall titled NO CONFIDENTIAL featuring label mate Mega King, the Kontoko Croner. This track is a must listen! NO CONFIDENTIAL is produced by popito, mix and mastered by BIG MC.

The most time ticking song ""WEGHEGBE"" the second follow up single this year by ELDORADO featuring a uk based act...