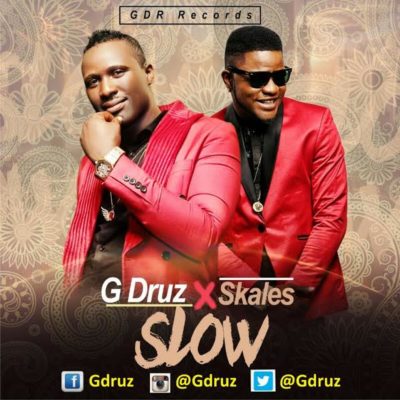 G-Druz keeps impressing with is intelligent craft that is now broadening his increasing fan base since he made his official debut into the Nigeria Music Industry in 2015.

The Kogi born G-Druz serves up this attention catchy tune after the release of highly-rated tracks like, ‘Ire’, ‘Sana Wole’, which were released in year 2015.

‘Slow’, a song reviewed to be classy by industry veterans and music pundits was produced, mixed and mastered by one of Africa’s foremost sound engineers –Young D.

Sociable G-Druz who’s never boring on social media can be connected via @GDruz on Instagram, Facebook and Twitter. ‘Slow’s’ music video, directed by one of the Nigeria’s music exports doing well in diaspora –Ajayi Scenelock, is also slated for release soon.

Mr Skales continues his mission with the release of this new song titled "I Dey Miss". On "I Dey Miss...