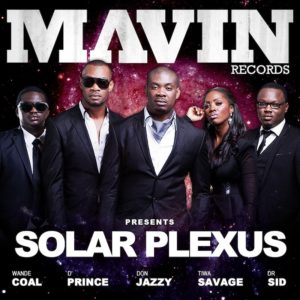 Since his shocking break-up with his erstwhile partner, and co-owner of Mo’ Hits, Dapo Oyebanjo a.k.a D’banj, prolific music producer, Don Jazzy whose real names are Collins Edjereh has maintained sealed lips until last week when he floated a new record label called Mavin Records. The label parades the brightest and the best acts from the defunct Mo’hits including Wande Coal, Dr Sid, The Prince and the new entrant, Tiwa Savage. In this interview, Don Jazzy reacts to series of rumours and speculations that trailed his over-piblicised break up with D’banj. Members of his new label also share their dreams and expectations as far as Mavin Records is concerned.

What is MAVIN all about and what inspired it?

It is spelt MAVIN Records and not Marvin. If you check the dictionary it simply refers to somebody that is a genius or a champion, a sensation, hotshot, superstar, wizkid or whatever . So basically, we decided to call the company that name because we are all geniuses in our different fields coming together in a record company.

How much would you say the event of the past few weeks have helped in the emergence of Mavin Records?

Basically, we do not believe in channeling our energies towards what has happened in the past. But basically to put up your energy to transform our future. We won’t say we don’t have the memories of things that has happened but we just pray to God that as we move forward such situations will never occur again and we pray for the best.

What have you been able to put in place to ensure that what happened in the past does not repeat itself?

We can’t really say what happened, we can’t really put a hand on what went wrong so there is nothing one can do. Individually, we will just have to do our best and keep praying that it doesn’t happen again. It’s not that anyone planned it, it happened and we are not in any position to say it’s not going to happen again. Nobody is God.

Do you in any way feel demystified about what happened, because the impression of the people out there is that you are invulnerable, not penetrable?

Demystified! I don’t really get it

(Cut in) There is this notion about Don Jazzy being somebody that is invulnerable, cannot give in, (so to say)?

Demystified? I don’t really think my integrity or my person has been damaged in any way, I believe that once you cannot hide the light, a gold fish has no hiding place. Whatever you are is like time will tell who you are. I can’t really say that people who think that they know who I am know who I am, just like some people that want to assume they know who I am by what they read or what they want to hear.

I’m not in any position to start convincing you or anyone to believe otherwise or believe anything. I just believe that at the end of the day God will vindicate all of us and you will see who we are.

What do you think will change in your transition from MO’HITS to MAVIN?

It has been a moving trend from MO’HITS to MAVIN, the only thing that has changed is the name

From MO’HITS to MAVIN and the addition of new people and basically we will keep moving. So, obviously when you are moving you hope to move from point A to point B. So we got to a point we stop we change gas, we refill and we are still going to get to point B at the end of the day.

Are you surprised about the loyalty of Wande Coal, D’Prince and DR. SID ?

Am I surprised? No, I don’t see any reason I should be surprised. I’m not surprised , there is no need for me to be surprised just like I have said nothing has changed, we are still the people that we are, we are still ourselves as we dey before, na so we dey, we still dey here , and there is no cause or time to doubt any body’s loyalty. 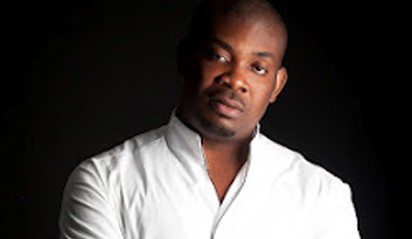 You have a new addition to the boys, Tiwa Savage, what’s the attraction? Is she the female artiste you have always wanted on board in Mo Hits?

I have been talking about a female artiste for a long time and Tiwa Savage and I have been talking about adding a female artiste to MO’HIT Records for long time now. It’s not that we didn’t know we will end up together at some point. We knew from day one when she came into this country that this was going to happen but at that point she was not ready.

Obviously, she can’t wait and I have to encourage her to go ahead and make some things for herself and which she did wonderfully as an artiste. Now there is room for an addition and so we will continue from where we stopped.

Now let’s talk about MAVIN what is special about it and what are we expecting?

Basically, I will say that we have all seen that situations can change just like the way people perceive you, the way people accept your music, the way people talk about you and whatever. So, we know now that we need to all work harder, gather more momentum to create more music and stuffs so everybody is gingered, everybody is more fired up now to work and we don’t see anything stopping us as we are just going to put in all our energy. Now in MAVIN Records everybody is concentrating on the work and we intend to put out as much as many tracks and albums as possible. Trust me, I’m going to flood the market.

What I thought is perhaps MAVIN will introduce one artiste, one album but you are coming out with a collective album?

It’s not a group. You can tell everybody here is an individual artiste and successful on his or her own. I must say everybody have at least one to three singles already in the past so we just want to bring them out. I didn’t take part in this album, I only produced the album. This is Mavin Records everybody, please meet us; this is what we are for now. Individual album is going to follow any moment from now and there is no time to wait at all .

(Cut in) There were no singles before the release of this album? 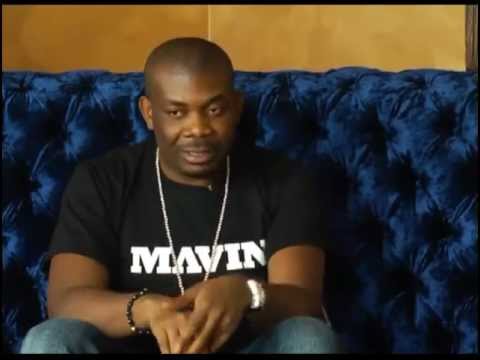 Will Don Jazzy be a sole artiste on MAVIN Records or an in- house producer and the CEO?

I’m not going to say I’m never going to be an artiste but I don’t see it any time soon.

Who are you looking up to as the cash cow?

Everybody. Basically, the record label is not built in a way one person supposed to be the leader. Everybody is giving equal opportunity to grow and it all depends on how the crowd sees you. People have their opinions about what they like and stuffs like that so how you appeal to your fans will determine how they take you but we intend to put more push and more backing into everybody even the new people that we will add tomorrow.

There were so many insinuations about life in MO’HITS, that life was regimented such that when someone talks others keep quiet, how democratic is MAVIN going to be this time around?

A lot of stuffs that you guys have heard about MO’HIT Records trust me, they are really wrong, but I wouldn’t talk about MO’HIT Records because we are talking about MAVIN Records and moving forward now and I will say we would try as much as possible to communicate a lot of the truth to you guys before people insinuate all sorts of stuff like in the last three months I have seen different kinds of interviews and blogs and whatever that people have written and they say that they spoke to me.

Could that be true?

Yes, they are not quoting anybody they were quoting themselves may be they have one imaginary Don Jazzy they were talking to or the other because the Jazzy they quoted is not me, I really do not speak to anybody regarding any situation or any issues, I have not put out any press statement saying whatever on this issue so people just really assumed. They were quoting themselves.

Jazzy what lesson would you say you have learnt from your past experiences that may likely help you in this new movement?

DON: They are not lessons that are new. Change, like they say is the only constant thing in life and I have just confirmed again that really things happen, relationship ends, good things must come to an end they say, one will just try much as possible to see that good things that we have last for long but sometimes they do happen we just pray GOD to help us live as long as possible to see more of the good things than having the good things to end and then because I have already known there is nothing much to say now about that past. Really, my entire mind is focused on moving ahead.

Basically to put up your energy to transform our future. We wouldn’t say we don’t have the memories of things that has happened but we just pray to God that as we are moving forward that such situations never occur again and we just pray for the best.

What do you think will change in your transition from MO’HITS to MAVIN?

It has been a moving trend from MO’HITS to MAVIN, the only thing that has changed is the name.