by Tyler
in Next Rated, Songs
0 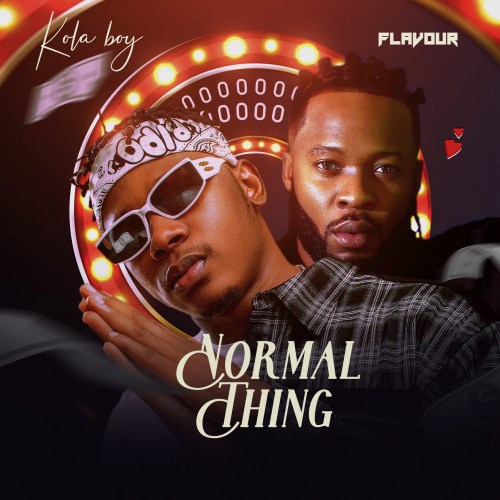 “Normal Thing” by Kolaboy featuring, Flavour is a single off Kolaboy’s forthcoming EP titled “Kola From The East” . In this song, Kolaboy flaunts his ability to keep us dancing and with his smooth melodic-rap delivery; he draws imagery from different angles while creating an atmosphere of enjoyment. The song which is produced by Masterkraft, mixed and mastered by Mix Monster is an intelligent fusion of Rap, Highlife and Igbo Fork Music, we hear Kolaboy delivering captivating bi-lingual lyrics which is a blend of Igbo and English Language. As Flavour’s mastery of his craft has never been in doubt, he takes off with his enchanting vocals that bring us closer to the groovy mood of the song.

“Normal Thing is a song that mirrors the society; it is rich with Igbo culture both in melodies, instrumentation and lyrical content. Kolaboy starts by mentioning Igbo indigenous delicacies like “Ji na Agburu, Abacha agworo-agwo” and then proceed to communicate that the enjoyment is a result of hard work as he say ‘I’m an investor’ also mentioning various forms of investments like “Real Estate”, “Oil and Gas”, “NFT”, “Bitcoin”. We live in a society where the youths have developed a quick money syndrome that has led to many unspeakable activities which includes ritual killings. Kolaboy aims at letting the people know that nothing comes without hard work and the enjoyment is as a result of wise investment decisions”.

The song also depicts the lifestyle of young ladies who are only attracted by fortune, as Flavour opens up about local girls who live fake life in other to attract successful men, Kolaboy proceeds to express that he knows she wouldn’t be there if things are to get bad for him but he wouldn’t mind enjoying the moment after which he exposes that these young ladies claim to be involved in various business activities but the pretends are already clichés (Normal Thing).