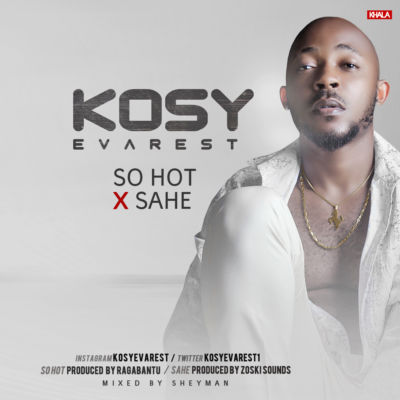 Kosy Evarest is currently signed to Koezstock Records music label and has a current massive club banger, “Sahe“ and a demure reggae tune, “So Hot“. Both tracks were produced respectively by Zoski Sounds and Jagbantu, with mixing/mastering done by Sheyman.