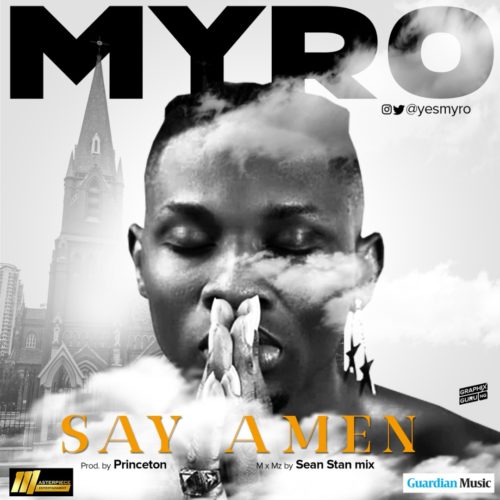 After a brief hiatus, a budding singer, Myro is back as he reintroduces himself with a spanking new single. Myro who began music professionally in the year 2015 has since worked with industry mainstays like Modenine, Terry Tha Rapman, Vector, and Oriste Femi. He also impresses when he performs as well as delivering wonderful vocals when he’s in the studio.

He comes through with a spanking new single entitled “Amen”. As the title of the tune suggests, its a prayerful tune which anyone can relate to. The singer seeks the favour of the almighty on the gospel-tinged number.

US Stars, Offset & Cardi B All Loved Up As They Celebrate 2nd Wedding Anniversary