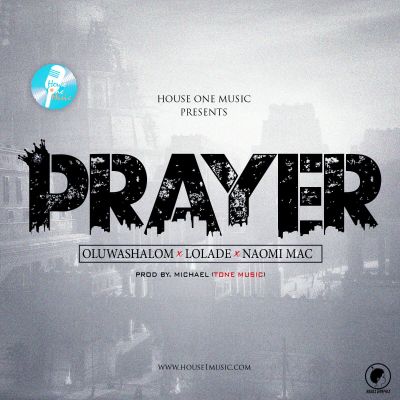 “Prayer”, just like its name, is a musical expression of thoughts to God in the minds of the artists about their lives so far and hopeful expressions of concerns as we move in to the New Year.

The Song was inspired by the current state of the Nation, a sincere prayer to God to make and keep things right as stated by Femi (Bricks) Amida  the House One Music Chairman.

The song was produced by Micheal (Tone Music)

DO YOU HAVE WHAT IT TAKES TO OWN THE STAGE