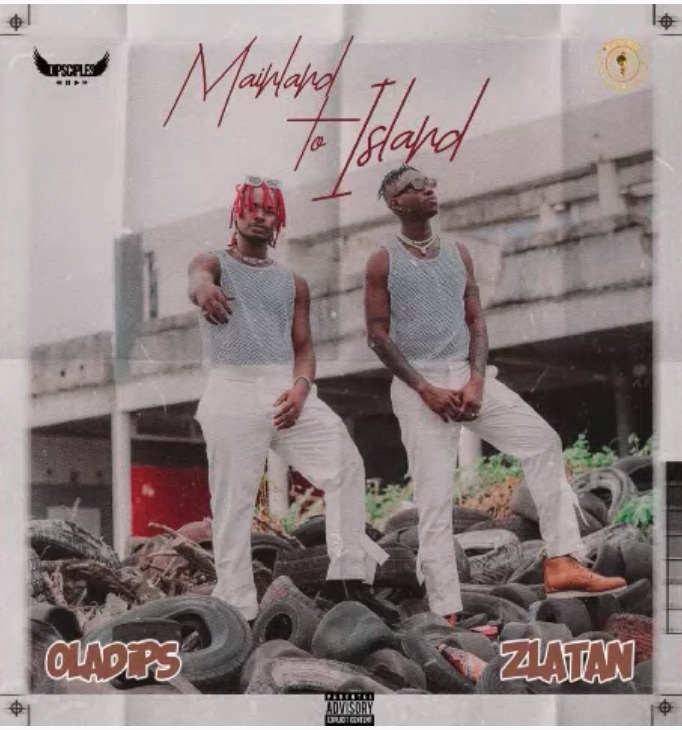 Oladips and Zlatan joins forces to serve hip-hop fans a song titled “Mainland To Island”, Produced by P.Priime… This is for the Culture, Enjoy!

Indigenous rappers, Oladips and Zlatan teamed up for a new Hip-hop project, Today 5th of March, 2021 they decided to bless fans with a single off the soon to drop joint project, titled “Mainland To Island“.

On this song which runs for 2mins, 42secs, Omo iya aje (Ola Dips) shared his humble beginning, how he moved from Ogun State to Lagos to chase his dream, how he became homeless, then signed a record deal and later got dropped. Moving on from his past mistakes, he had to move from Mainland to Island and link up with his day one hommie, Zlatan.