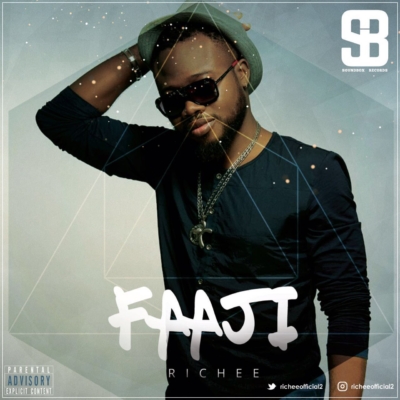 Richee was part of the group soulmen the R/B duo that had richee himself . They recorded few songs together and later decided to part ways. Richee started out as an hiplife kinda of artiste and all along this stood him out even in the group. In 2001 his debut titled Happy Day recorded at Dove records by Emma okoli same record label that ignited plantashun boys. The song hit the air waves as much and it brought smiles to the faces of several fans. Richee has recorded over 30 songs with A – List & notable artiste. Mosorire’s remix by Paul play featured Richee, Babatise by Richee recorded at silver point studios featured Ojb Jezreel. You don Spoil featuring kecha and Isale eko featuring kelly hansome and the remix featured durella. Richee has also performed along side artistes like tony tetuila, kelly hansome, faze alone, free winds. Richee kept dropping hits singles till date   his last two singles kelegbe and bamidele  was a hit now is time to Faaji. This song Faaji was an inspiration of life means how long are we going to live? So many has lost their life without enjoying the fruit of their labour. Faaji is a simple song one need to listen too and relax with. God has bless everyone with one good thing or the other, so lets faaji together and enjoy the music.