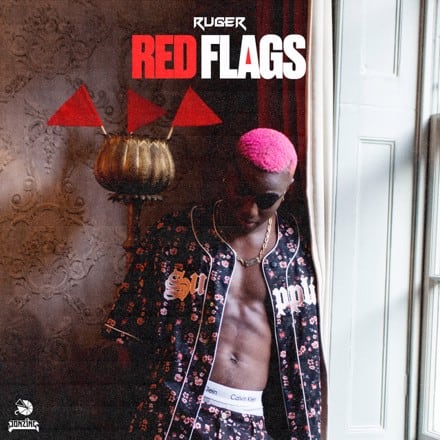 Ruger’s highly anticipated single- ‘Red Flags‘ is his official single to wrap up the year 2022 and serves as a follow up to his last body of work, ‘The Second Wave‘ EP.

After the success of Pandemic EP, fast rising Nigerian singer, Ruger released his sophomore EP titled “The Second Wave“, November 2021. The Second Wave EP proves that despite his relatively short time in the music industry, Ruger, named for the rugged pistol, is not given to shooting blanks. In 2022, Ruger dropped a deluxe version after the huge success of DIOR and SNAPCHAT. the deluxe edition adds extra ammo with “Girlfriend”, “WeWe” and “Warning“.

“You saw the Red Flags baby
But you ignore the Red flags
Now you are here, Baby you kan dey Vex
See i can’t change baby you better rest…”