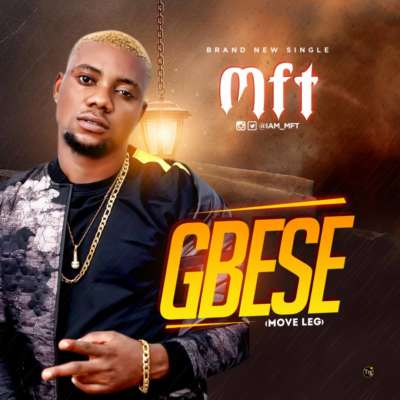 Born Aderogba Damilare Joshsua, He later aquired the stage name, MFT which stands for, MaFaraweThug (Dont Be like a Thug) aka Oshaaa Nla. MFT grew up in Abule Egba axis of Lagos State. An area that has produced a large number of street artiste.
MFT grew up listening to Da Grin closely at a tender age, while still in secondary school where he won a lot of Street Rap competition while mimicking Da grin. Little did he know he was the future!
His style has seen him Comapred to that of CDQ and he resist this comparism stating the fact that he is relatively knew while CDQ has enough to make his next meal.
His new song, Gbese (Move your leg), is a Shaku Shaku inspired rap song. You definitely have never heard something like this before! The Journey to be a rap star has just begun for MFT!
MFT – Gbese mixed and mastered by Shocker!
Download, Listen and Share!
MFT – “Gbese”
Twitter/IG: @iam_MFT
Tags: GbeseMFT
Previous Post

The unsigned prolific rapper "OLA OGRIN" is back with another street anthem, and he’s got "LEKE LEE" (YEWO) on it which...