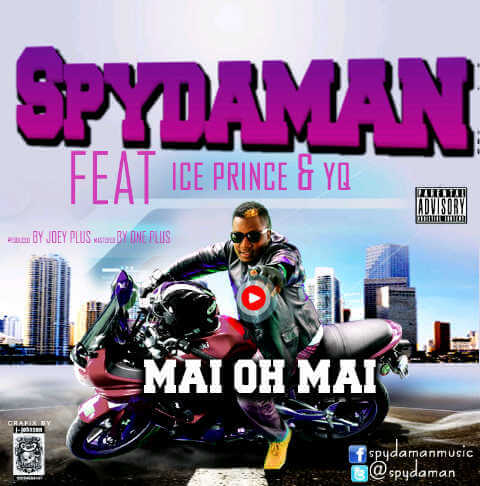 With a long list of collaborations, with notable icons in Nigeria music industry like Timaya, Nigga Raw,MI,Sound sultan,W4, Iceprince, YQ and many more,Spydaman is definitely one of Nigeria’s most respected Dance hall artiste.His debut LET IT GO ,released 2006 with tracks like Dance hall,So Sure, was a good introduction of pure raw talent to this new generation of Nigerian music industry,with energy and vitality in stage performances and a follow up in 2009 with his second album titled NO BI DREAM,with songs like,Egwu,Tido,and many more,it is certain that Spydaman is one of the best dance hall artiste in the country.

SPYDAMAN Solo career journey started about nine years ago with a single titled WANT SOME MORE feat. Sound Sultan in 2002.Those who know Spydaman will never forget the smashing revolutionary video DANCE HALL in 2005 which was on heavy rotation nationwide and on international music stations,and since then he has consistently put out hot dance hall songs and his presently working on his third project with singles like NEVER BE and WASTE NO TIME, MAI OH MAI feat Iceprince and YQ

Produced by Joey Plus