by aL Yhusuff
in Songs, VIDEOS
0 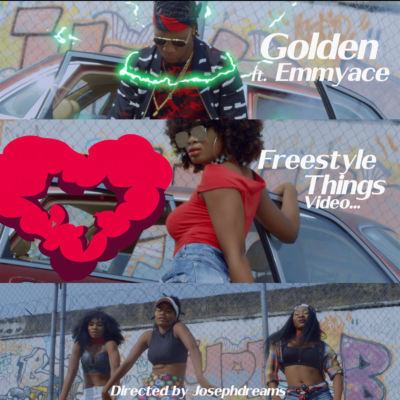 Few months after the release of BABARIGA, Attah Golden Junior popularly known as GOLDEN who started his career as a dancer, born and brought up in Surulere, Lagos, drops another scintillating video to his new song entitled ‘FREESTYLE THINGS’ featuring EMMYACE.

The singer and entertainer is a Malaysian based Nigerian talented act who has gone international with reference as spotted severally with some top European Acts such as Rolla Sparks to be named few, and also worked with some Nigerian Industry big cats such as Terry G, to be mentioned few, vesting his Top Notch pitch as the talk of the town, an enthralling entertainer.

The song was produced by Emmyace & the video was shot and directed by Joseph Dreams.