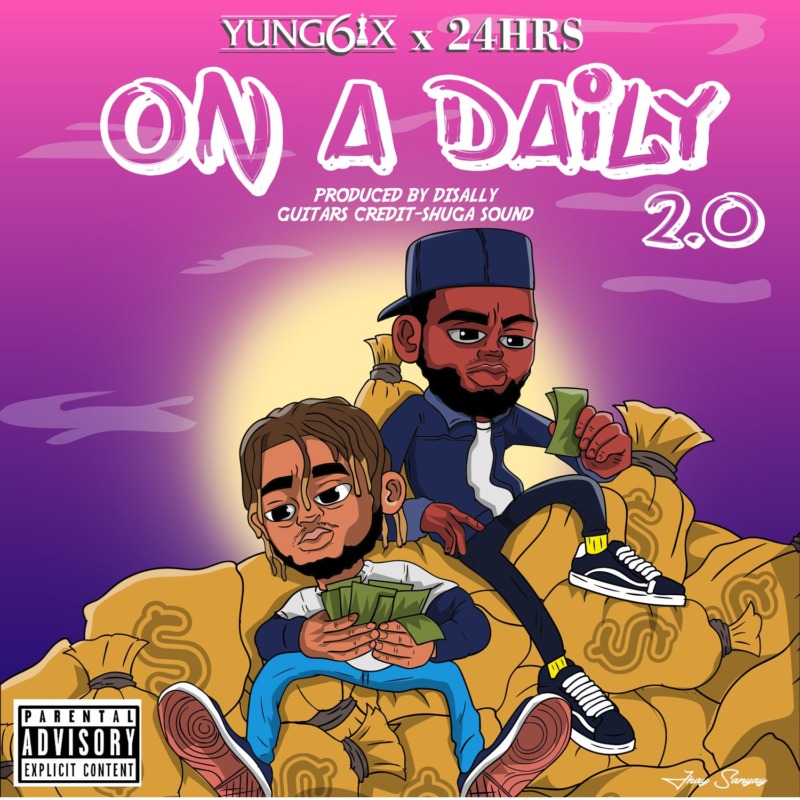 Rapper Yung6ix shares a new record which the title “On A Daily” 2.0 alonside 24hrs.

‘On A Daily‘ is a follow up to the Shole visuals recently released by Yung6ix which features Sinzu and Dammy.

Yung6ix is a multiple award winning Nigerian afro hip-hop artiste. He released his debut album titled “6 O’ Clock” in 2014 and it spawned the hit singles “Notice (One Tweet)” “Kpansh” among others. The album featured Yemi Alade, Phyno, Olamide, Ice Prince and M.I.

Yung6ix has be nominated for countless awards in Nigeria and across Africa, including the “Lyricist on the Roll” award at the Headies Awards.

Yung6ix releases this extended play titled “Billionaire Ambitions”, the E.P is led by the hit single “Blessings” which features Oritse Femi and gained over 200,000 views on YouTube since its release.

In 2020 he also releases another music project titled “Introduction To TrapFro”. As the title suggests, the full-length heralds the emergence of a new sub-genre which is a fusion of Trap and Afrobeats. With guest appearances from Sinzu, Peruzzi, Dammy Krane and noticeably fellow south-south rapper – Erriga, 6ix delivered another worthy body of work which serves as his third studio album (GET HERE).

Yung6ix has been dubbed the next big thing in the African hip-hop scene by critics and music enthusiasts.

As produced by Disally, Listen and Enjoy!

Yung6ix – “This Year” (Prod. by BallerBeatz)