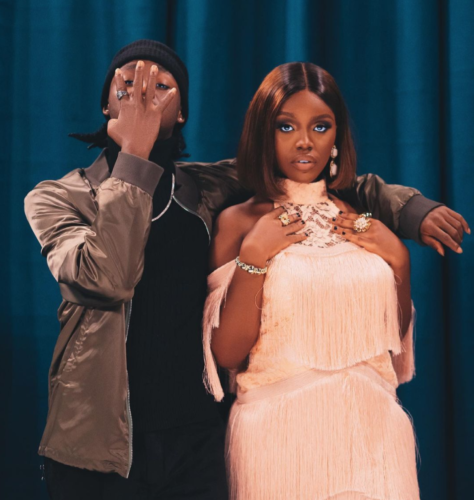 Ghanaian song-bird, Gyakie and Omah Lay love to keep their fans guessing about their relationship status.

The duo sparked relationship rumors after Gyakie featured Omah Lay on her popular tik-tok anthem, ‘Forever’. Also, Omah Lay and Gyakie have been caught on several occasions hanging out together after the song dropped.

Their friendship had fans speculating over whether they are just colleagues or simply friends (Bestie) who have good chemistry and were already dating.

Some fans were bold enough to ask Gyakie during a Q&A session on Instagram, if she loves Omah Lay and was already in a relationship with him. Others asked if she will date him if he eventually asks her out.

Gyakie, who was enjoying the guessing game at first got frustrated and gave them an answer they weren’t expecting.

She made it crystal clear that they were just friends who have a song together. She also disclosed that she has no intentions of being in a relationship with him and she isn’t in love with him.

Gyakie pleaded with her fans to stop shipping them because she doesn’t love Omah Lay and she’s not interested in a relationship with him. 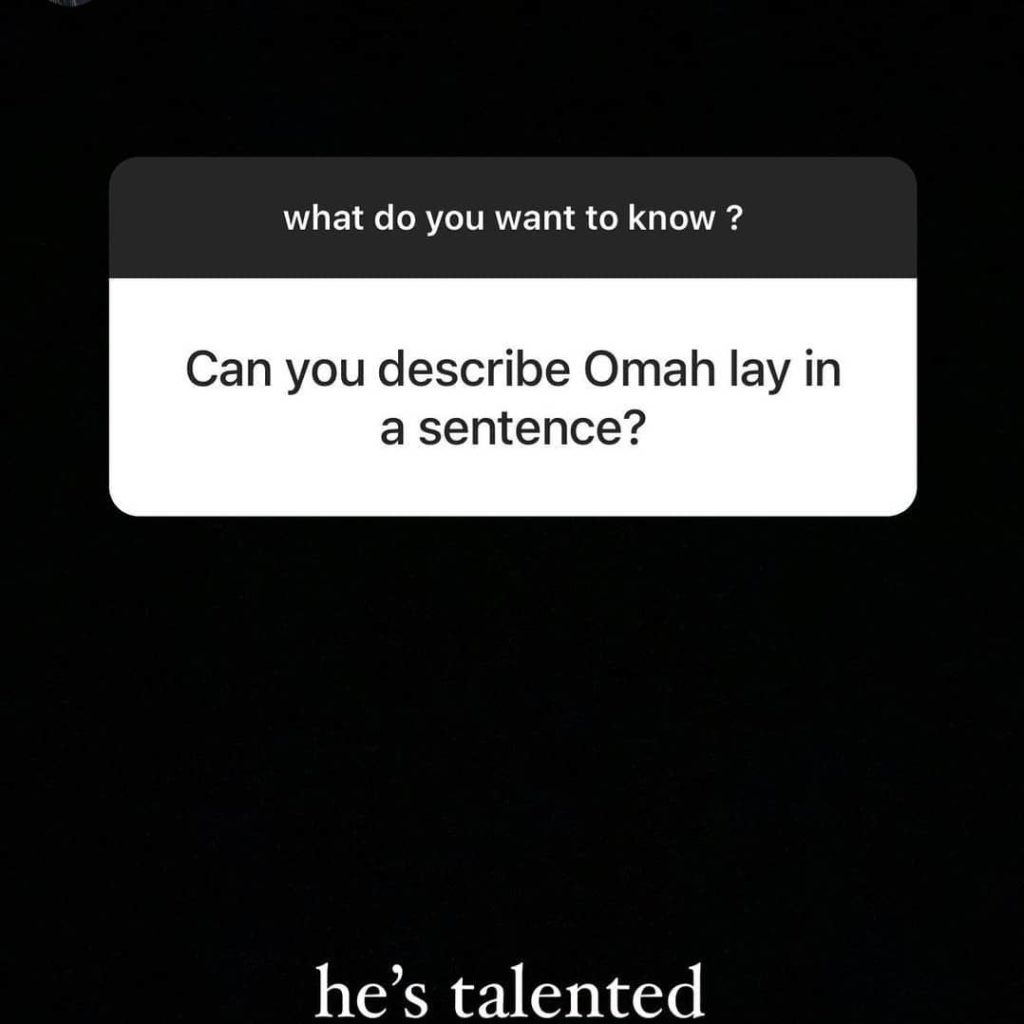 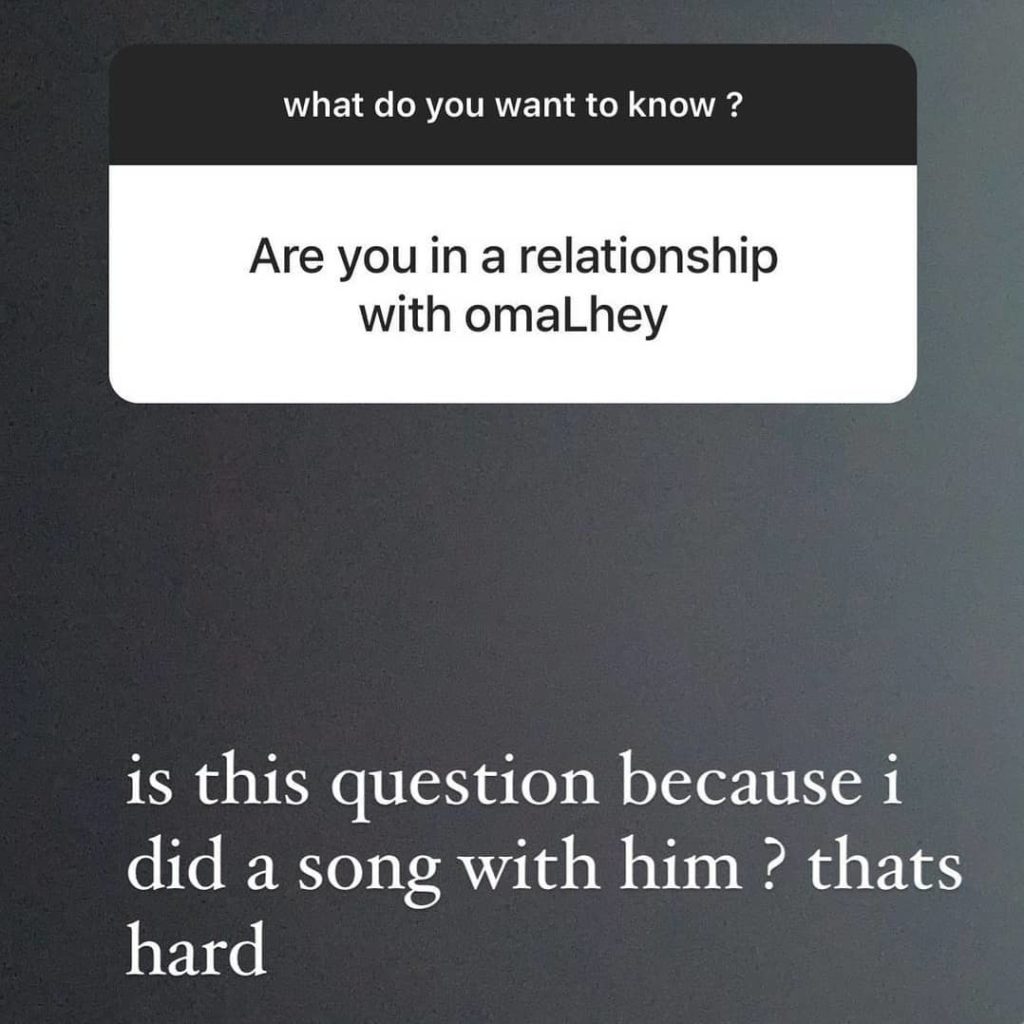 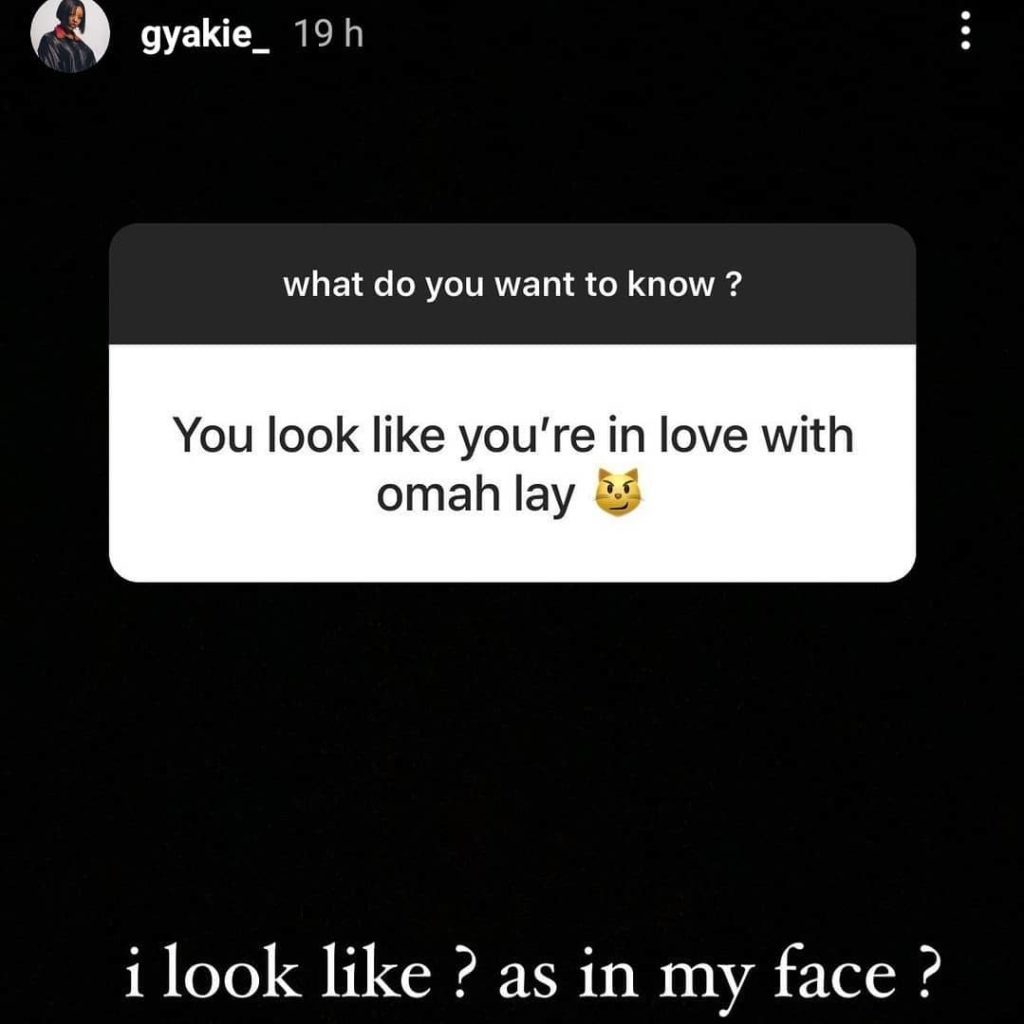 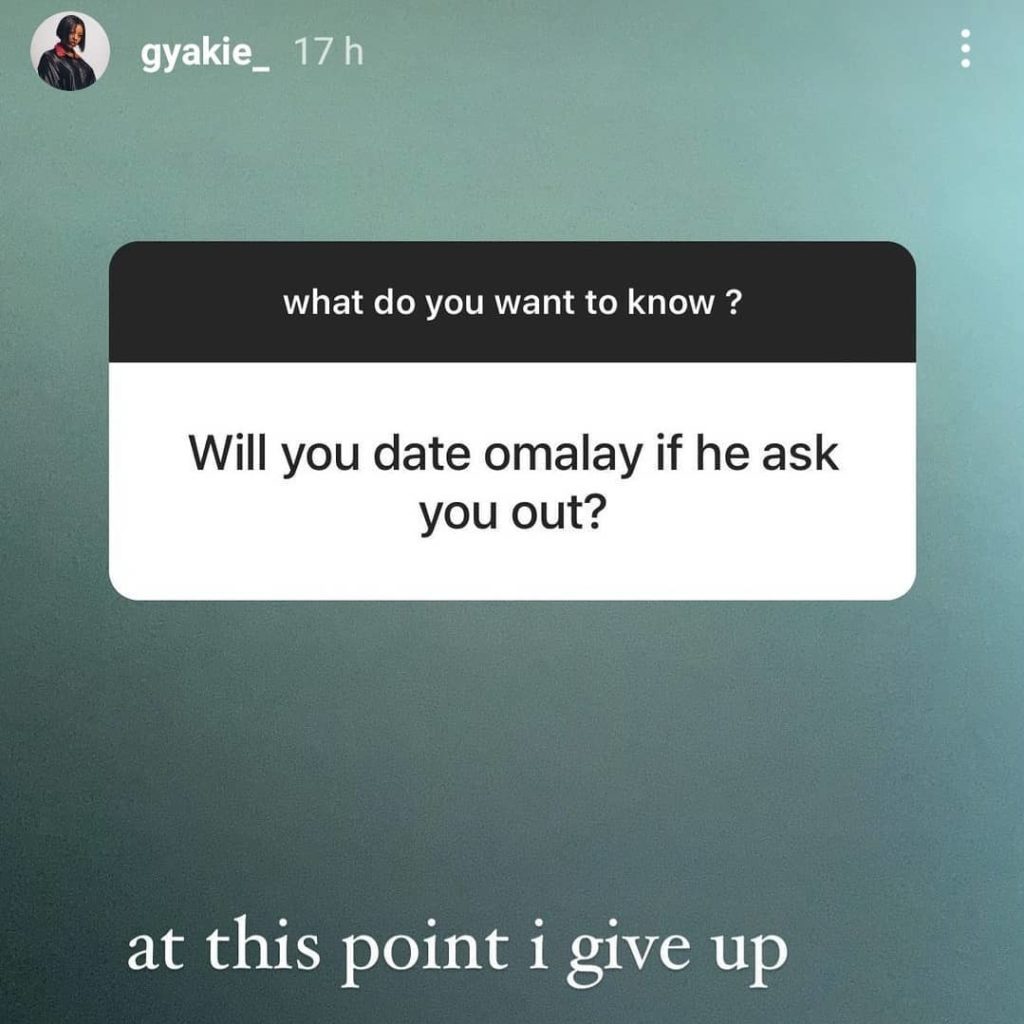 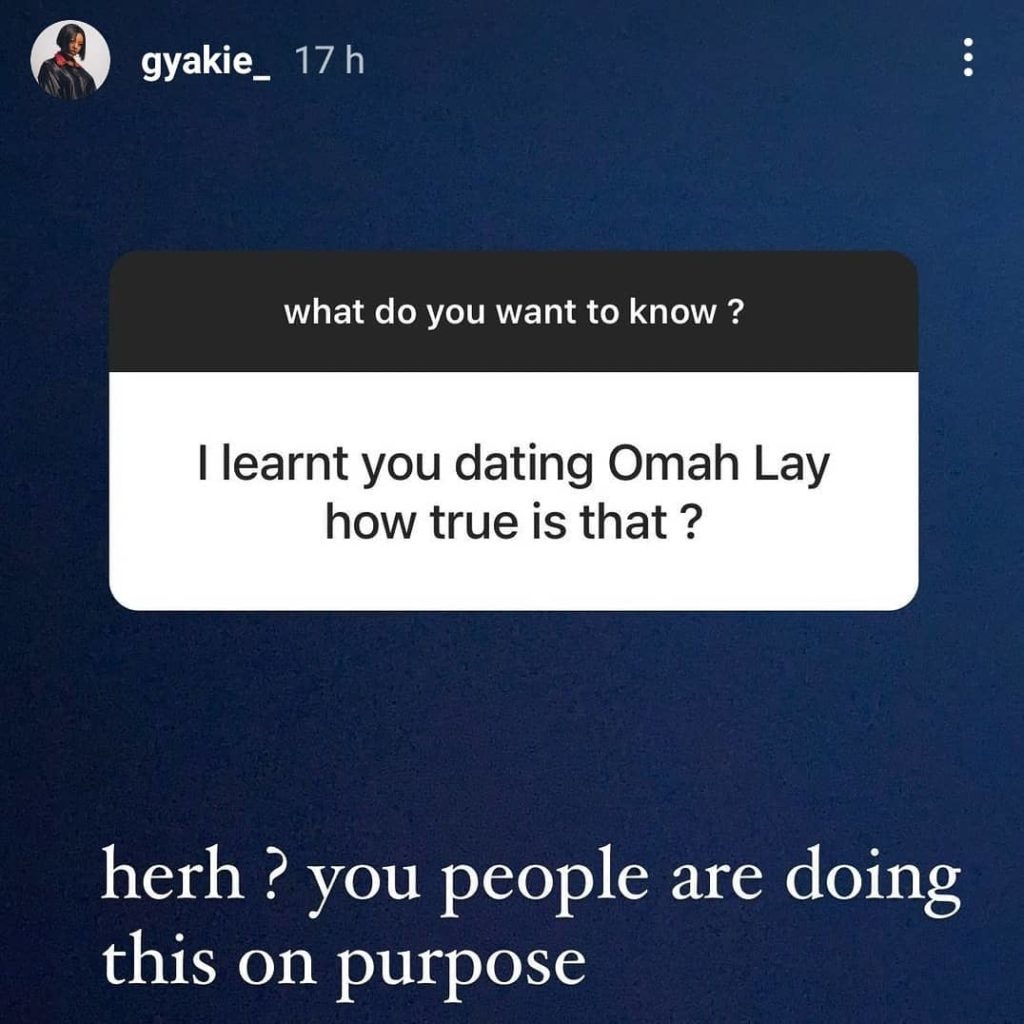 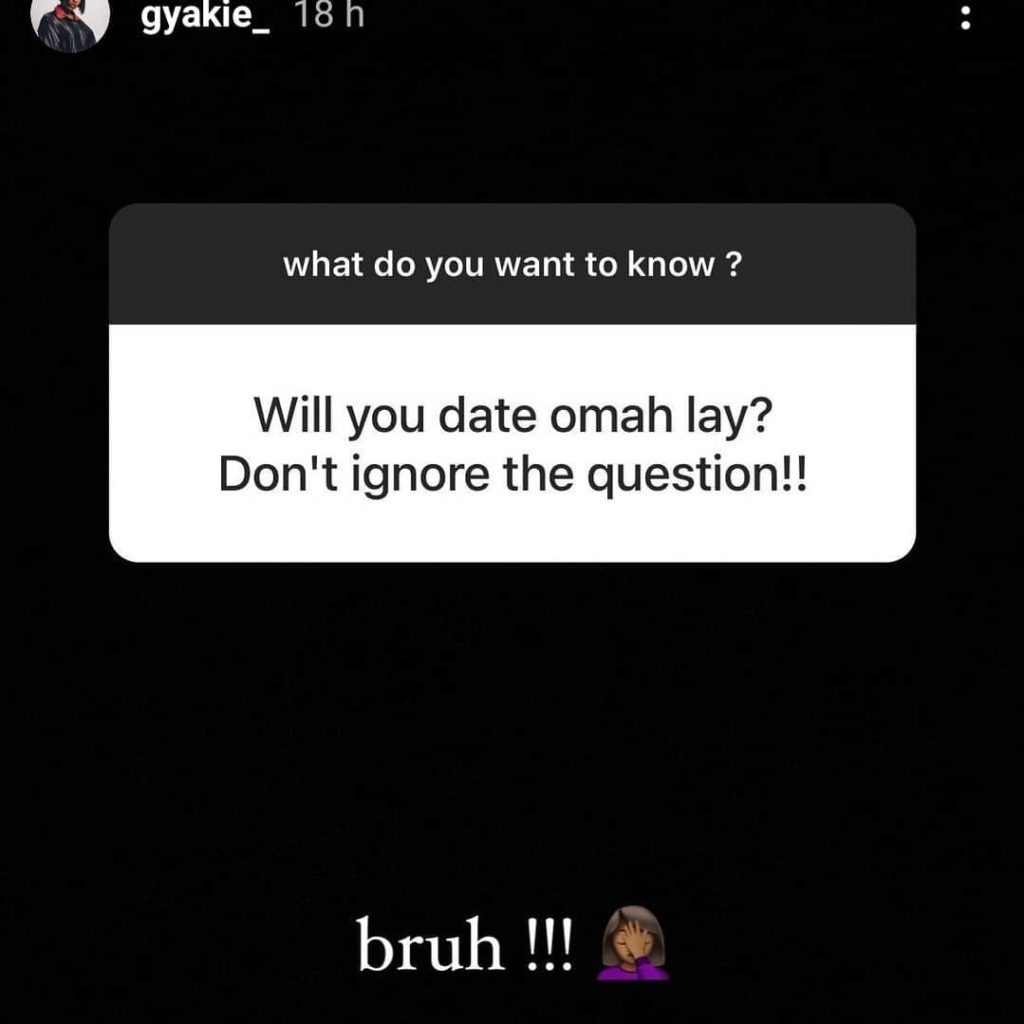 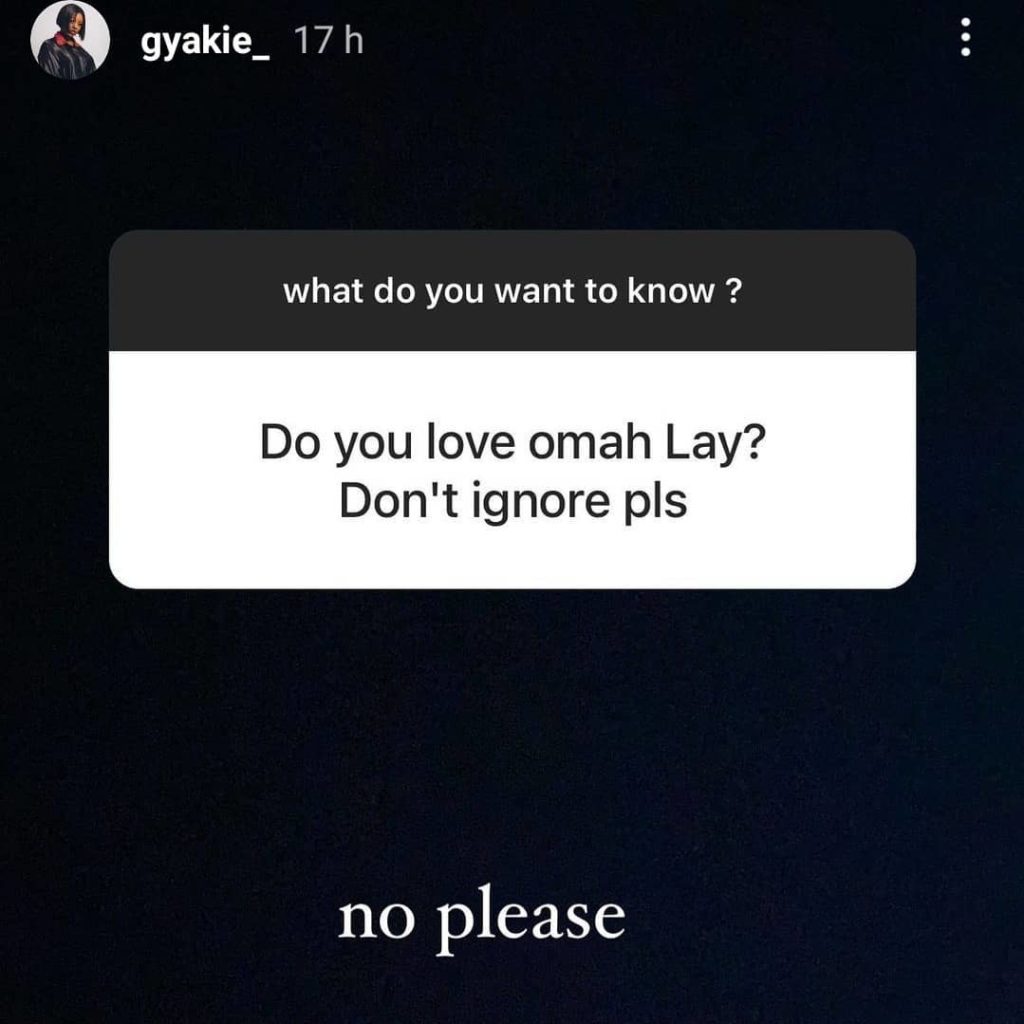 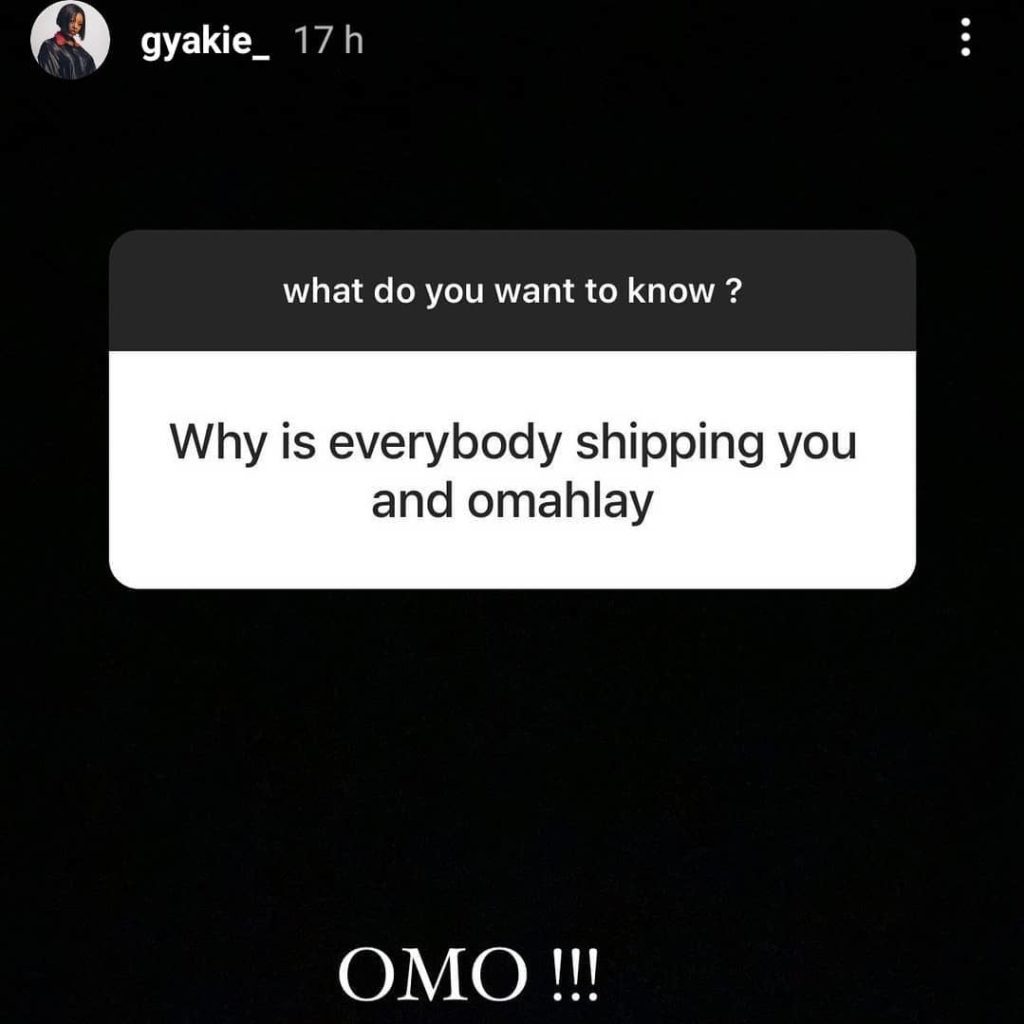