Fela Died Because He Was Injected With A Poisonous Substance -Fela’s Protege, Dede Mabiaku Speaks Up 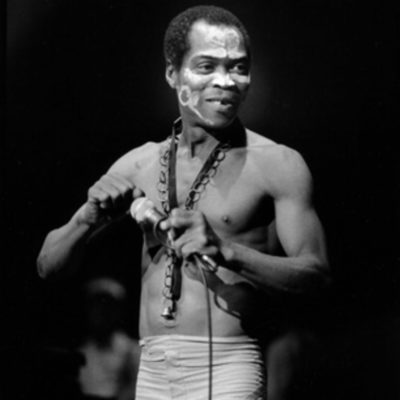 It appears there’s more to the death of late afrobeat King, Fela, and his protege, Dede Mabiaku has spilled the details of what caused his death.

In a recent interview, Dede Mabiaku expressed his concern over the way activist and former presidential candidate, Omoyele Sowore was being treated by the DSS.  Dede explained that the case should be treated urgently and the activist be taken to the hospital so as to avoid what happened to the late singer.

He revealed that Fela while in custody of the NDLEA was injected with a poisonous substance.  Soon after he was injected, his health began to deteriorate and he confided in him and his son, Seun Kuti.He also explained that his reason for speaking up now is because no one was ready to reveal what really happened to the late singer.

See the video below

Olaosebikan Olabimpe is a News Writer and Content Creator at Tooxclusive. Her idea of a great day is to be indoors snuggled up with a book and good music. She is also a passionate lover of rap.
Website
Submit your comment
3 total pingbacks on this post
Learn More