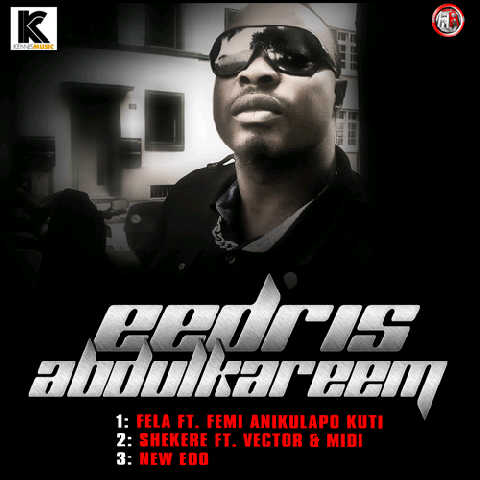 Eedris Abdulkareem dishes out three new singles for his fans to vibe to. Fela features Femi Kuti, it is a tribute to afrobeat legend Fela, Eedris came through in his usual conscious style on this one, stating the state of things in the nation, also attacked some social issues.

Shekere features YSG’s finest Vector and Midi, the song was tailored for the dancefloor and on New EDO, Eedris lauds Governor Oshiomole on his good deeds. Listen and share your thoughts.