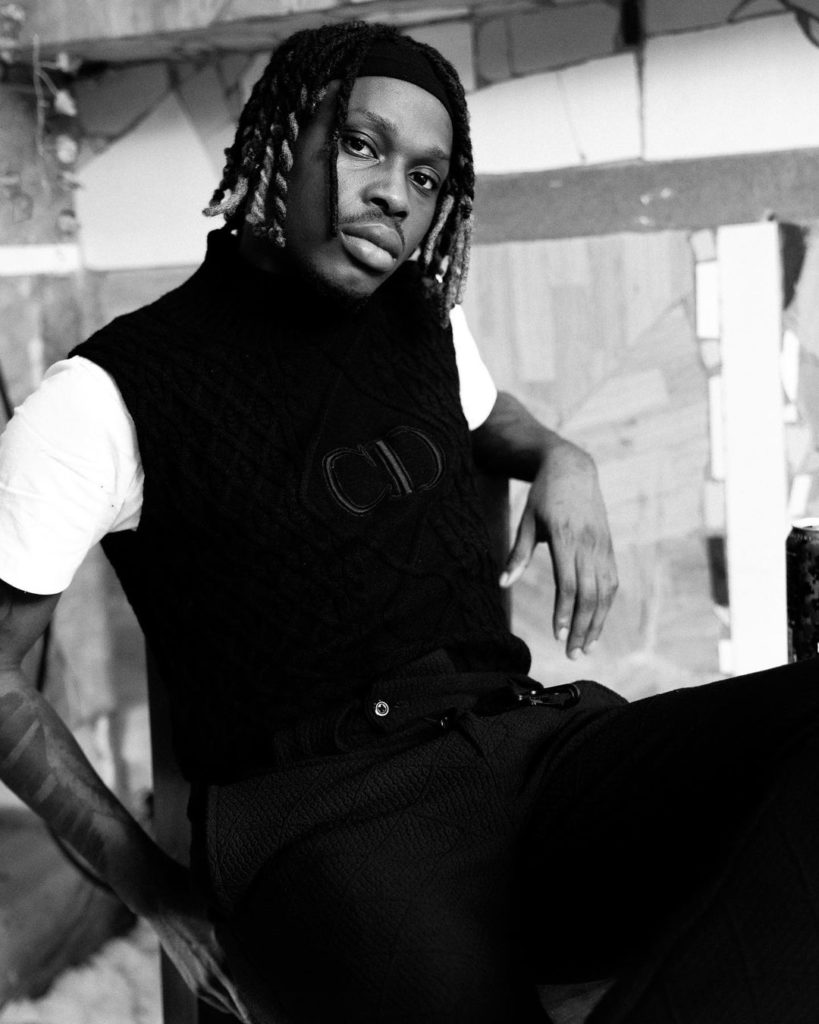 Fireboy DML recently took to his page on Twitter with a post in which he appreciated the generation that paved way for his generation.

In his tweet, The ‘Peru’ singer noted that he is extremely proud of his generation and ‘the generation’ that made their hustle less stressful.

According to Fireboy, the only reason African artists are being celebrated is because the older generation didn’t give up the fight to make Afrobeat a huge success. He also appreciated the fact that afrobeats are now widely celebrated in Africa and some parts of the world.

In his own words: “So proud of my generation, so grateful for the generation that paved the way. Grateful for afrobeats and what it’s doing for Africa! It’s only up from here.”

Fireboy’s tweet is coming weeks after netizens commented that he should give Wande Coal more credit for tapping into his sound on Peru. Recall the debate on Twitter that Wande Coal dropped a verse in Fireboy’s hit single, Peru. Well, Fireboy has finally appreciated him and the generation of musicians before him. 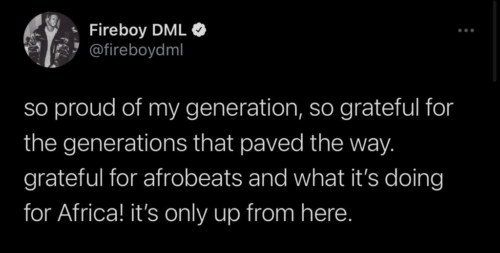