Fireboy DML Reveals Plans To Take 5 Fans To The Studio 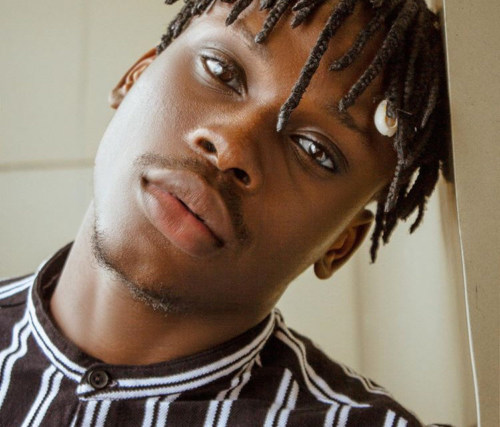 5 lucky fans will be opportune to watch their fav, Fireboy DML make music in the studio.

The YBNL signee revealed his plans to select 5 lucky fans to take them to the studio and watch him make create some banging music via his official Twitter page.

In his words, I want to take 5 fans with me to the studio to catch me make music. 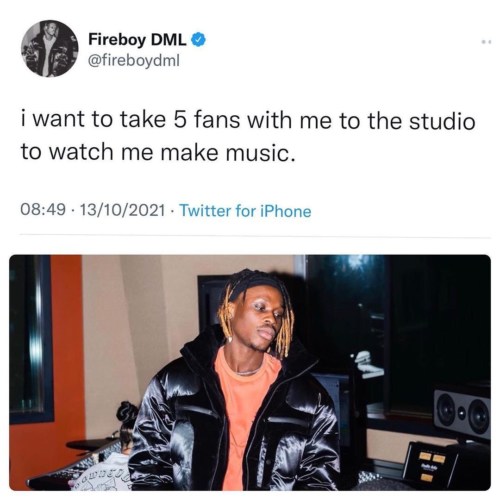 Fireboy‘s latest jam, Peru has been making waves and topping charts since its release. Not to mention the wide social media acceptance of the song. Virtually every video on the gram has ‘Peru’ playing in the background. Both young and hold cannot seem to get enough of its adductive lyrics.

Making his debut into the Nigerian music scene with his song ‘Jealous’, Fireboy has shown his versatility both on the local and international fronts.