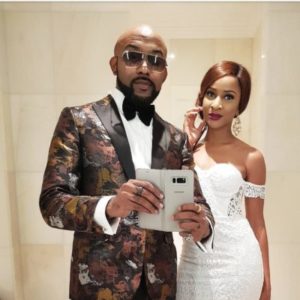 Banky W has explained why he had an elaborate wedding even after telling the world sometime in the past, that he would rather have a private wedding. The singer took to Instagram to give this explanation, citing the fact that he had to consider his family and that of his wife in deciding the nature of his wedding ceremony. He stated in his post that family factor led him to go all out to celebrate his wedding to the beautiful actress, former Miss Adesua Etomi who now proudly bears the name Mrs Adesua Wellington.

I have learnt to grow thick skin and almost always ignore the online chatter, but every once in a while, I feel the need to respond. So here are my 2 cents. ??