“IF” vs “Ojuelegba”… Which Is A Bigger Song? 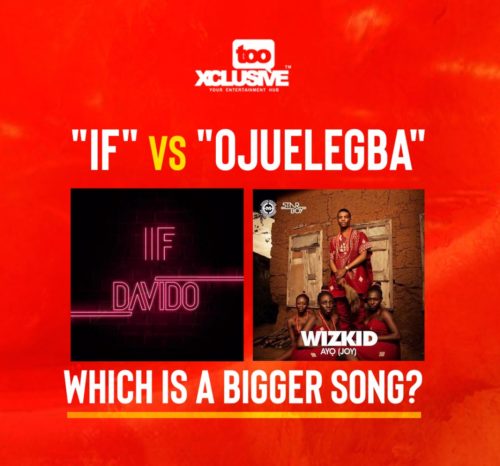 Davido and Wizkid are certainly the biggest music exports Nigeria has ever produced. Both artistes have taken their crafts to a level that is definitely incomparable with their counterparts’.

While many believe that Davido’s 2017 hit single’ “If” is the biggest song out of Nigeria, others believe it is wizkid’s 2014 song; “Ojuelegba.” In this light, we have decided to ask you guys which is the bigger song, “IF” or “Ojuelegba” ?

Nifemi is a graduate of the University of Lagos. He's a unique user of the pen when it comes to the expression of whatever. He is editor-in-chief of the organization and also a writer of news, articles, editorials and a lot more to help expand the level of knowledge of the readers and simultaneously have them entertained. A lover of music and football is who he is and a Man Utd die-hard.
Submit your comment
45 total pingbacks on this post
Click here