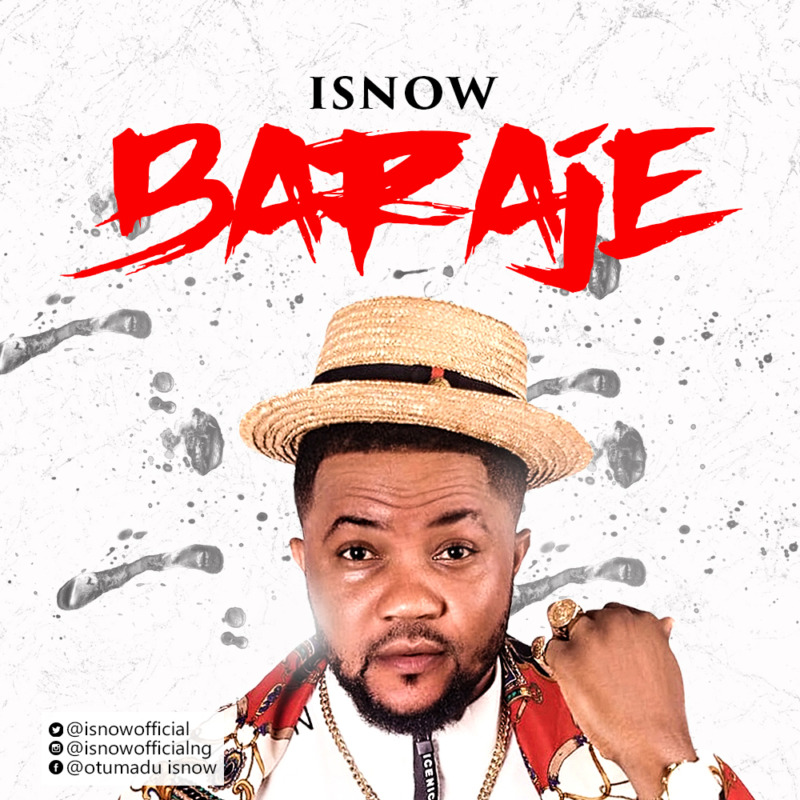 “Baraje” is a brand new single by ‘I’Snow‘ which he served hot for his music lovers.

I’SNOW whose real names are Prince Ifeanyi Amah, is a Nigerian citizen who hails from Orsu local govt area (orlu zone) of Imo State. He was born on the 24th May in Ilaje-Bariga Lagos and grew up in Dopemu-Agege Lagos, there he kick started his musical jorney with a default group known as Janboiz as the band leader. Few years thereafter, he relocated to Igando-Alimosho Lagos there he rediscovered himself as a solo (singer) artist, listening and gaining inspiration from the likes of Bob Marley, lucky dube, 2baba, Timaya, Neyo, Nate Dogg etc.

His musical jorney so far has been progressive with his audio and visual materials both aired on local radios and cable TV, also gaining massive online streaming on all digital platforms. As a song writer and a performer, I’SNOW music genre is tagged “Universal Sound” which is a combination of afropop, hip-hop, hiplife, pop, reggae, Rnb etc. Follow on IG and Twitter: @isnowofficialng YouTube: IsnowVevo Currently signed to SKYDIVE RECORDS; A South Africa/Nigeria base record company.