Lil Baby Nicknames Himself “The Lil Wayne Of This Generation” 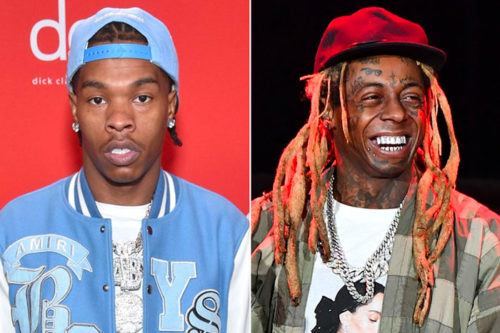 Lil Wayne is easily one of the most versatile rappers of all time, and most of these new age rappers want to be like him.

As a matter of fact, Lil Baby is of the opinion that Lil Wayne to be a kindred spirit, confirming as much during a recent appearance on EST Gee’s new song “5500 Degrees.”

During the track, Lil Baby called himself the Lil Wayne of his current generation, though he neglects to go into further detail on the matter. I’m going too crazy, I’m the Wayne of this new generation. N***as fugazi, they can’t fuck with us no types of ways/ these n***as too lazy / I’m cut from a different cloth, I don’t know who raised em’.

Although Lil Baby’s career is relatively just springing, he seems deternmined to live up to his role model.

Lil Baby steady surprises us as he makes a tradition out of surprising his on and off lover and baby...