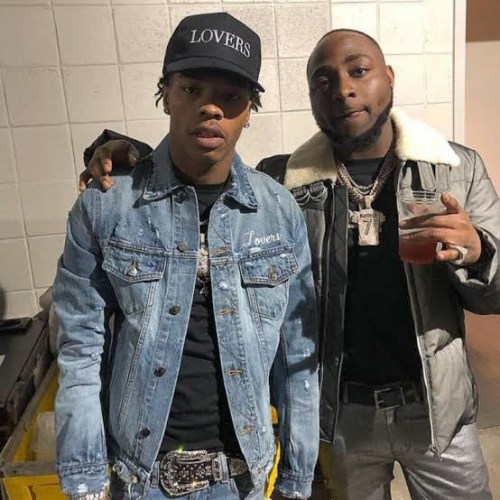 Wizkid FC are over the moon with Excitement after FIFA announced Lil Baby will be writing and performing the official theme song.

Recall that Davido, Trinidad Cardona and Aisha recorded the first theme song in July called, “Hayya Hayya” and many thought that was the official theme song. You might also recall how Davido took to Instagram to drag his friends for not celebrating his achievements.

On the 22nd of September, FIFA released their game official playlist which featured Buju, Olamide, Boy Timz and Pheelz’s songs and that of some artists.

After the official EA Sports FIFA 2023 soundtrack announcement, Lil Baby took to Twitter and Instagram to announce that his song was chosen to be the official theme song for the upcoming FIFA World Cup, Qatar 2022.

Wizkid FC wasted no time in taunting Davido and below are some comments they left under Lil Baby’s post for Davido. 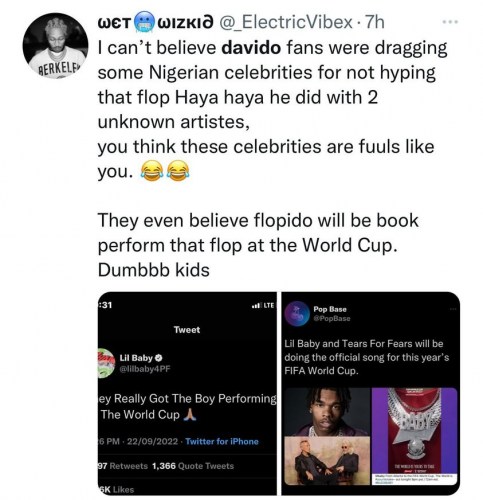