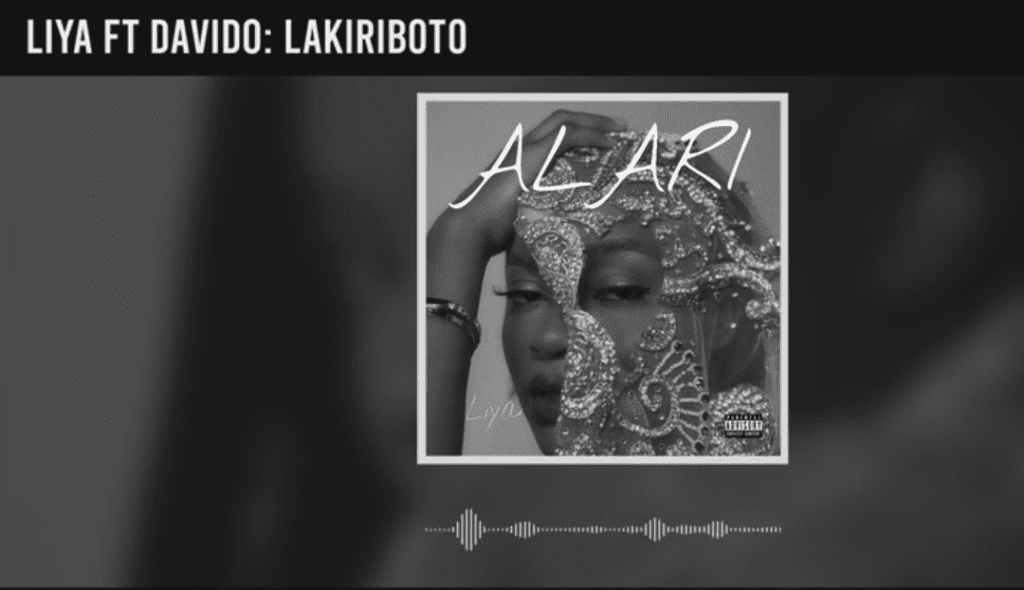 Liya drops a brand new song titled “Lakiriboto” featuring Davido. The synergy between the DMW/ 30BG first lady and the CEO (Baddest!) is out of this space, a combination you can’t write-off.

“Lakiriboto” produced by Zaki Magic is from Liya’s debut EP- ALARI. This is also a follow up to her DMW debut single titled “Melo”.

“Melo” which means “how many” in the Yoruba dialogue, is the first official single as she signed as the first female to the DMW. Produced by Zaki Magic and Mastered by Mystro, the single “Melo,” came as a double gift (audio and video). Liya introduced her sound and vibe to the world. Her vivacious personality is only matched by her amazing voice that all fans immediately adore.

Record label owner and arguably Africans biggest Afrobeat star Davido knows talent when he sees it and saw great potential in Liya. She quickly rose to the challenge by releasing her introduction to the industry.

“Lakiriboto” is an attractive song with catchy lyrics that will keep playing in your head. A perfect blend of Afrobeat, Pop and Amapiano which will make you dance.

Listen to the Official Audio for Lakiriboto by Liya featuring Davido off the EP, Alari.