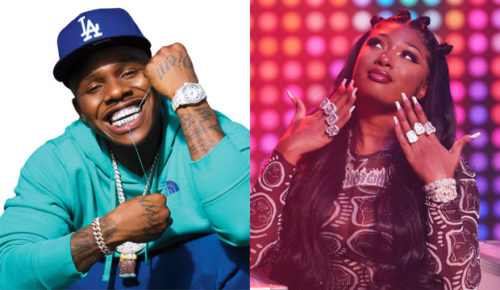 It’s been raining shots between Megan Thee Stallion and her industry partner, DaBaby on Twitter, following DaBay’s collaboration with Tory Lanez on the track “SKAT”.

You would recall that Megan unfollowed DaBaby a couple of days ago, and not only did that happen, she also accused him of being two-faced.

Megan responded: Support me in private and publicly do something different…these industry men are very strange. This situation ain’t no damn ‘beef’ and I really wish people would stop downplaying it like it’s some internet shit for likes and retweets. 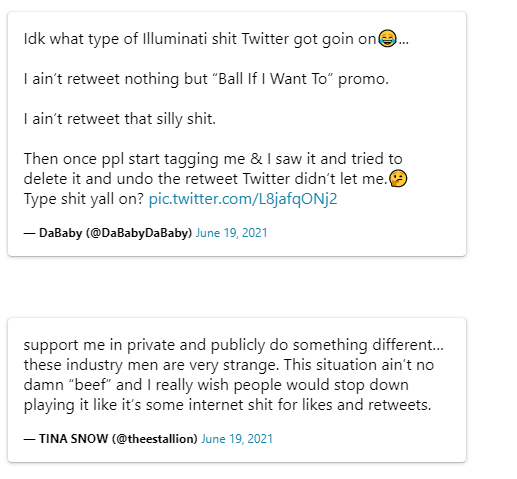 DaBaby denied that he intended to retweet the post and responded: You done let these folks get the best of you thug. ion got no bad energy for ya. You know like I know I ain’t no ‘industry’ n***a, let em fool you into thinking that you trippin. Stand on what you stand on without feeling like I’m against ya. Stay focused my g.

Megan then called out DaBaby for his behavior in private versus in public: My stance hasn’t changed at all YOURS has. We already spoke abt this in private and you specifically said ‘that ain’t even no good business move why would I promote that shit’ but now this ain’t your ‘beef’ ? That ain’t real. But you stay on ya ‘business’ my g. 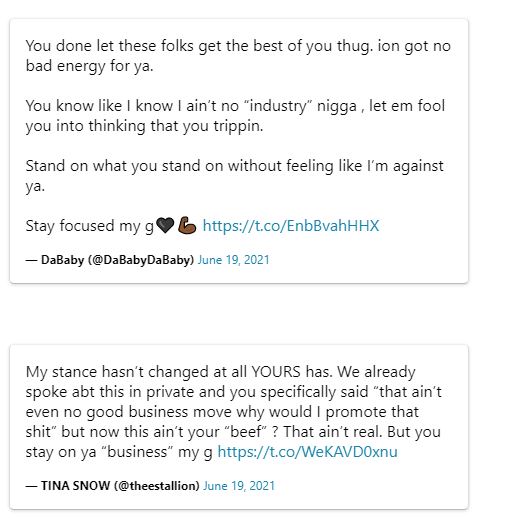