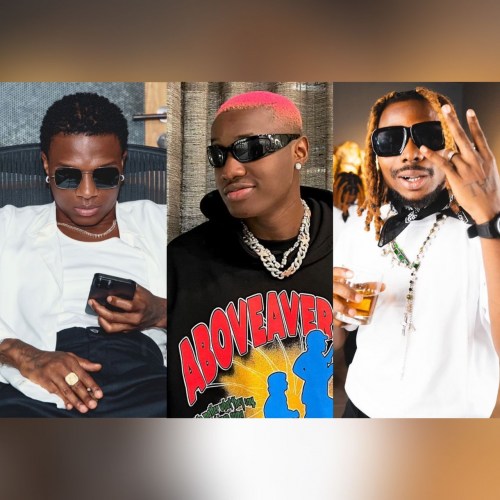 On the 23rd of November, Buju exposed his colleague, Ruger for allegedly buying Apple music streams.

This snitching came as a result of Ruger bragging about his number 1 appearance on Apple music. You would recall that Ruger via his Twitter account mocked Wizkid and Mavin after his song, “Asiwaju” topped the chart.

Buju who dragged Ruger yesterday revealed that Ruger bought streams to make it look like his song clinched the number spot. Ruger retaliated and asked Buju to listen 5 of his hit songs which made their twitter war more bloody.

Reacting to the fake streams, Netizens revealed that they are aware Nigerian artistes are buying streams to oppress their colleagues.

A member of Wizkid FC disclosed that Asake has been buying streams just to oppress Wizkid. He called him a fraud for gaining all his no 1 songs on Apple Music with fake streams

Another user, Buchi felt it was not fair to only call out Asake and Ruger. He revealed that many artistes in the industry are using streaming farms, but it is unfortunate Asake and Ruger got caught. 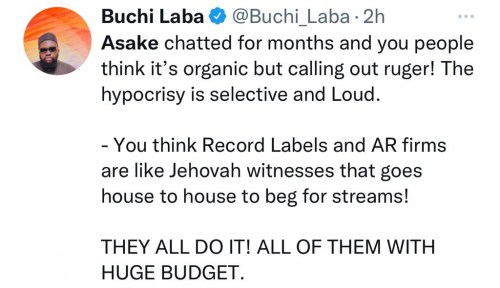 Adewale – I No Do Again | Aktivated Sessions

Adewale - I No Do Again | Aktivated Sessions