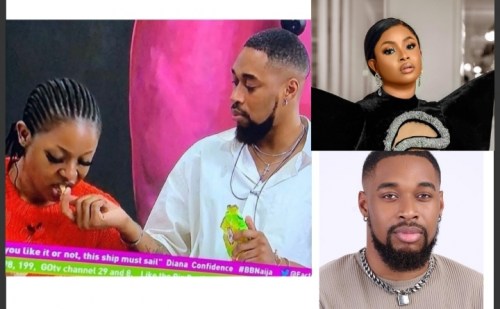 Former Big Brother Naija contestant and Mr. AFrica, Emmanuel has weighed in on the most controversial Level Up ship – Shella.

Ship shella is on of the earliest ship we have this season and as much as fans of the show love to see it, the majority cannot help but point out its toxicity.

As per a radio interview by Emmanuel, he pointed out that the relationship between Sheggz and Bella is not doing anything good for her.

If anything, it is doing more harm than good. While he acknowledged that it might be a strategy, he added that in the few clips he has seen, Sheggz seems to be a “controlling freak”.

BBNAIJA7: “Doyin’s Pickup Lines Got To Me On A Personal Level” – Cyph Reveals

“You Are My Babe Not My Mumsy. Don’t Vex Me” – Sheggz Silences Bella || Watch

“If You Don’t Beg Me Before December, My Name Is Not ” – Sheggz To Racheal

“I Can’t Imagine My Life Here Without You” – Bella || Watch

BBNAIJA7: "Doyin’s Pickup Lines Got To Me On A Personal Level" - Cyph Reveals