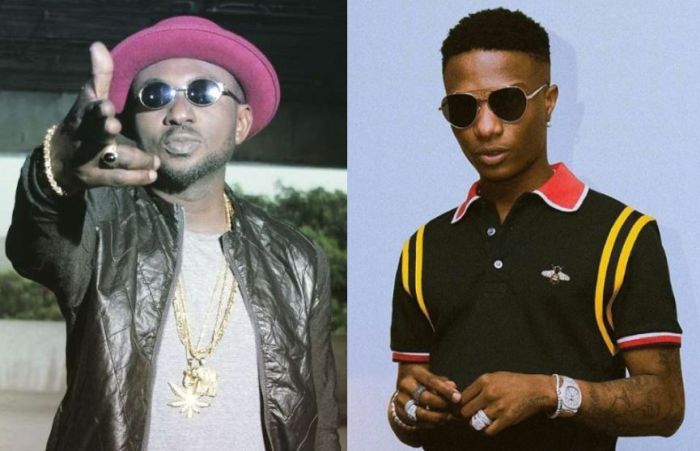 It is no longer news that Blackface seems to have an intense dislike for some Nigerian singers most especially, 2baba and Wizkid. However, he seems to have added Burna Boy to his list. Blackface who has been dragging Wizkid, 2baba, and other Nigerian artistes over song theft for years has once again accused them of stealing his song.

Blackface made the allegation after he commented on a popular blog’s Instagram post. According to him, “Ginger”, a track on Wizkid’s recent “Made In Lagos” album was copied from his song “Twist and Turn”. He also released a beef song titled “Imposters” in which he called Burna Boy a fool (Bolor). Blackface’s comment on the blog read, “Yes he did, him and Wizkid turned my song #TwistAndTurn to that wack song called #Ginger with no lyrics, rhymes or style. I made #Imposters for them a week after” 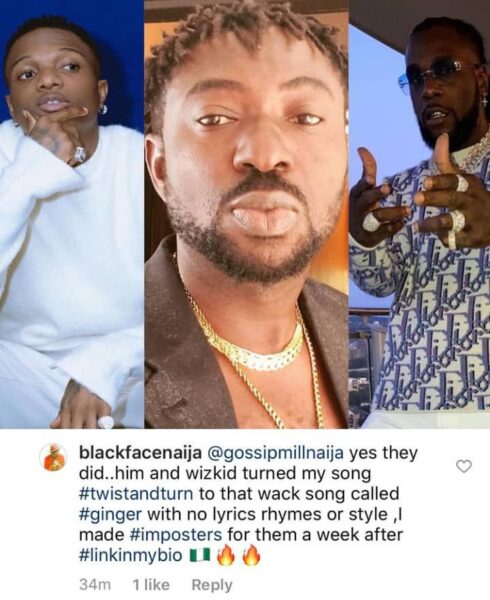