Blackface Reveals Why He Has A Problem With Wizkid, 2Baba & Other Nigerian Artistes 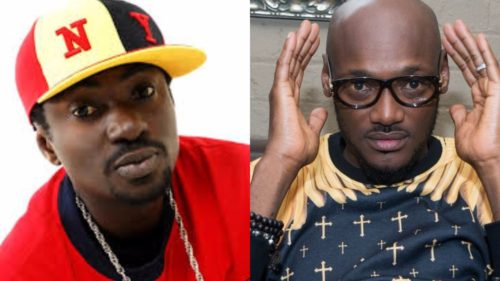 Former Plantshun Boiz singer, Blackface has explained the reason for his animosity towards his former colleague, 2baba, Wizkid, and other Nigerian singers.

It is no longer news that Blackface seems to have an intense dislike for some Nigerian singers most especially, 2baba and Wizkid. This animosity is seen in his statements about them which usually ends in clashes on social media. In a recent Instagram live session with his fans, Blackface addressed the topic.

According to him, the reason for his dislike for them is glaring which everyone can easily see. He noted that they do things that are wrong and have also crossed boundaries. Blackface spoke about how they keep on stealing his beats without giving him credit. He made mention of how a song “Since You’ve Been Gone” written by him was stolen by Wizkid for his “Ojuelegba” track. He also spoke of another song of his which was taken by Banky W and Wizkid.