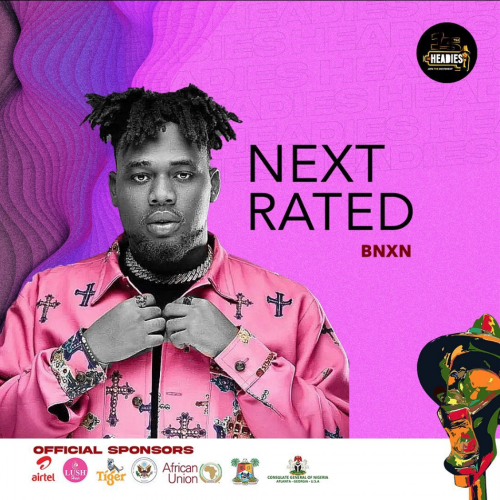 BNXN fka Buju has emerged the winner of 2022 Next Rated Award.

On the 1st of February, The Headies organizers announced that the annual Award show will be in Atlanta and the winner of the Next Rated act will go home with a new 2022 Bentley.

Music lovers wasted no time in picking three contenders for the award, Buju, Ruger and Zinoleesky were shortlisted. However many felt Ayra Starr wasn’t most favourite to win because she is a girl. The Bloody Samaritan fans believe that she should be given the award considering how big her songs, ‘Away‘ and ‘Bloody Samaritan‘ are.

Today September 4, 2022, BNXN also known as Buju was announced Headies 15th Next Rated Act in Atalanta, U.S. The singer who was marvelled and filled with joy came on stage, picked up the award and dedicated the award to his Late Mom (who died of Breast Cancer), Ruger and Ayra Starr.

BNXN also used the opportunity to Beg the Governor of Lagos State, Babajide Sanwo-Olu who was present at the award ceremony, to help me ship his Bentley to Lagos, Nigeria.

Buzzing Nigerian act, Daniel Benson, widely known as BNXN takes to Twitter to pen words of advice for his colleagues....