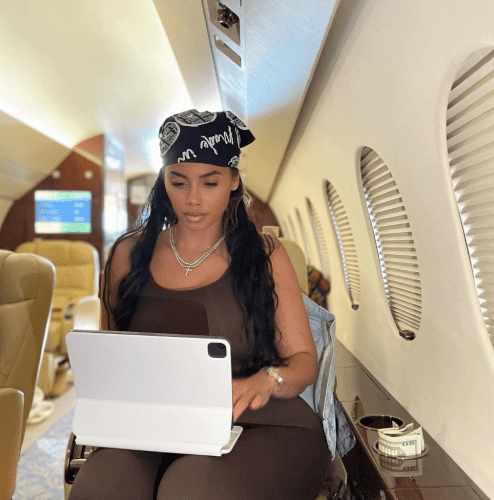 “Wizkid FC I love you! Never a dull moment with you guys!”, she wrote.

Her tweet wasn’t well received by a Burna Boy fan who called her Wizkid’s bedmate. According to him, Jada P is just a glorified Babymama who will never get a ring. Jada wasted no time in blocking him.  This move angered the troll as he hopped on Twitter to celebrate Jada blocking her.

So Wizmid’s bedmate blocked me for telling her the truth about her status ???, the glorified babymama that told FC she’s enjoying their toxic banters did after just one hit from me ??? pic.twitter.com/F1OzSfMBF3

Wizkid Fc on the other wasted no time in dragging this troll for insulting their Queen. See their reactions below; 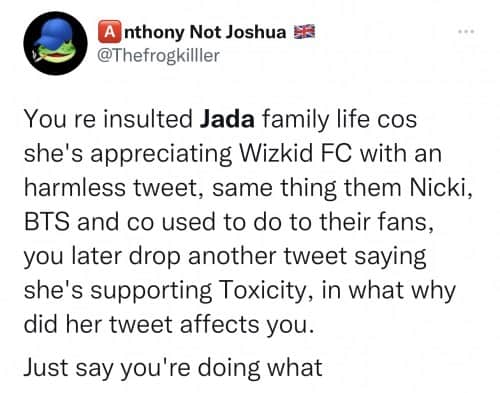 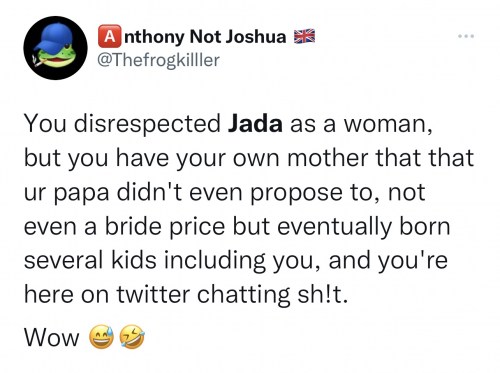 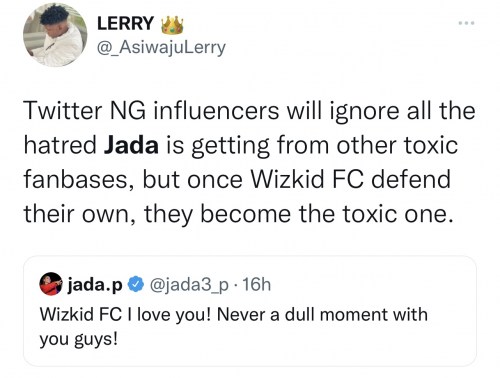 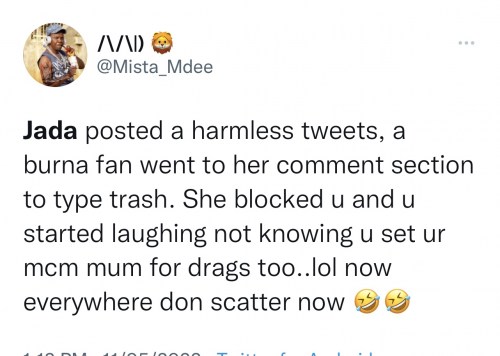 Jada P Spotted With Rihanna And Bestie, Melissa As They Vibe To “Essence” In LA || See Video