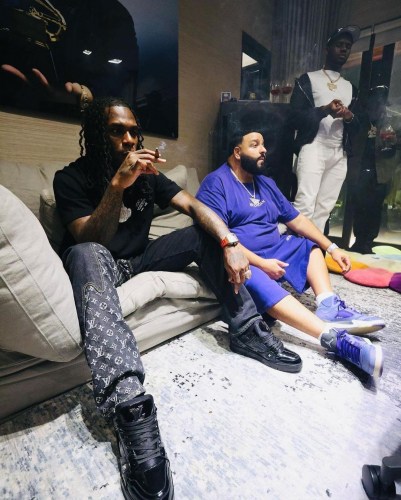 Burna Boy and DJ Khaled have got something exciting on the way!!!

The duo hopped on their social media accounts to share clips of their studio session. As seen in these videos, Burna Boy was called by DJ Khaled to help him record his next banger.

DJ Khaled was careful not to give away the audio of his next hit song. After the recording of the song, he invited the African Giant to his Home where he treated him to the biggest Lobster anyone has ever seen.

Khaled didn’t announce when the song will be dropping, but it shouldn’t surprise you to know he called on Burna Exactly 4 years after he join Davido on the remix a song titled, ‘TAP’ (owned by Droxyani).