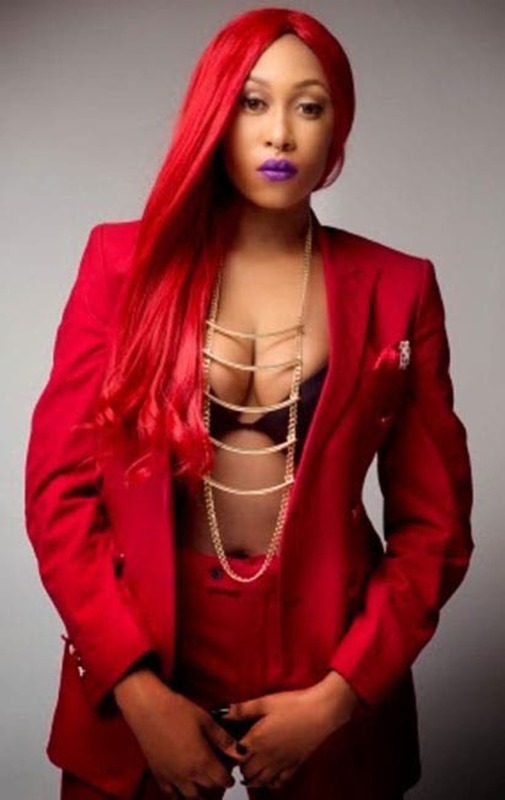 Nigerian singer, Cynthia Morgan has hopped on Instagram to correct the notion that Grammy winner, Burna Boy was once her Video vixen.

The Wahala began when a Twitter user recounted how Wizkid used to ball with the big boys even before Banky W signed him Unlike Burna Boy who was busy being a video vixen for Cythnia Morgan.

The German Juice singer wasted no time in telling the Twitter user never to associate her with his hatred for Burna Boy. She made it clear that Burna Boy has and will always be a big artist. 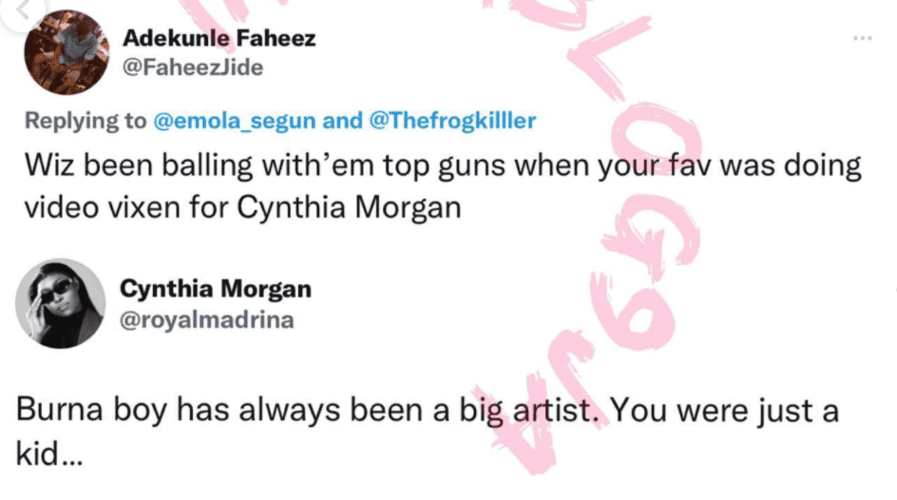 Cynthia also revealed that she picked Burna to join her in her Simatinya video because he was the biggest Africa artist.

She added that Burna boy will always be a big artist in Africa till she picks up the mic and makes her Big comeback.

Cynthia Morgan, who now goes by the name Madrina shares prophecies about Nigerian ace entertainers and others. In a fresh...

Nigerian Reggae artist, Cynthia Morgan, who recently switched her stage name to Mandarin has said that there are certain people...

Nigerian singer, Cynthia Morgan has called out her former manager, Joy Tongo once again after finding her first contract with...