Dammy Krane has released a statement that seems like he is supporting Burna Boy’s stance on the kind of deals African music artistes get which leads to “international slavery.”

The “Amin” singer took to his Instagram Story some hours ago to reveal African artistes  extremely do their values a lot of harms by going over to the United States of America to seek international deals from the organizations existing over there.

Dammy also revealed there is no way a black man would be successful in America because that is exactly the way their system is being run. He said if as a black man you are seen to be successful, then you would be run down with scandals and taxes, so you don’t come out of America successful.

He wrote; “As an African artist, the moment you step out for international deals, if they are supposed to give you $300million, you will be given $3million dollars because you went to them. the reason people like Fela gained from their international deals is because they came to him! See finish no dey, na u be superstar for your house.

“Going to make deals with them in the states only shows you want something from them, dey would sell u cheap … Nobody sabi u as superstar for Yankee, u go gas live lavish lifestyle to b noticed….Meanwhile, this labels know Africans have massive numbers worldwide, that’s what they are looking for.

“No need to concentrate on Yankee market! It’s all about Africa! No black man make it in America… Think about it “which black man has ever passed his wealth to his generation in America” dem go use scandal and taxes ruin am. The world to Africa” 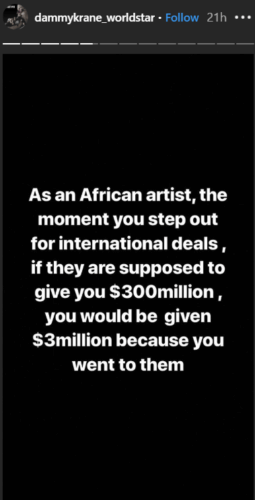 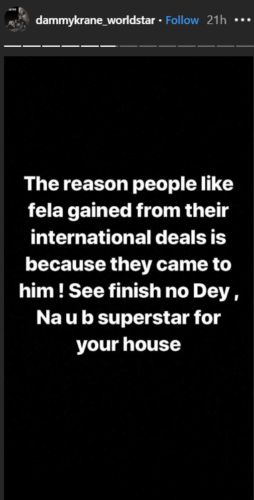 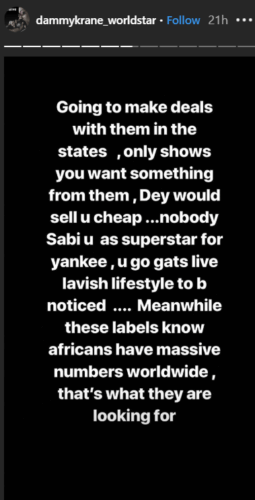 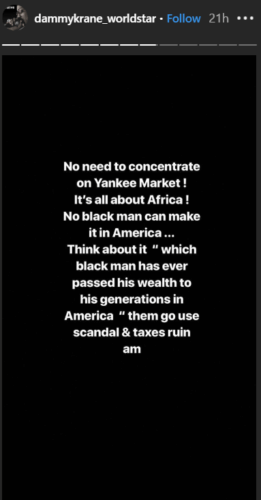 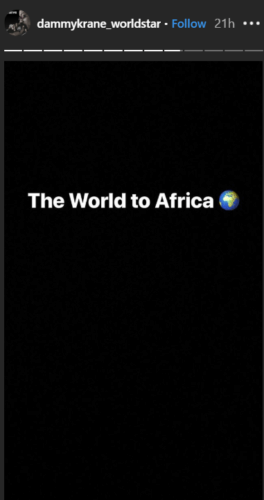 Davido has finally reacted to Dammy krane’s Call Out. It would be recalled that Dammy Krane Called Davido over an...

Cubana Chiefpriest Campaigns For The Release Of Obi Cubana

Celebrity barman, Cubana Chiefpriest has confirmed the reports that his friend and boss, Obi Cubana was arrested by EFCC. On...

Sensational singer, Dammy Krane has insisted that his career doesn't need any form of resurrection. The singer took to his...