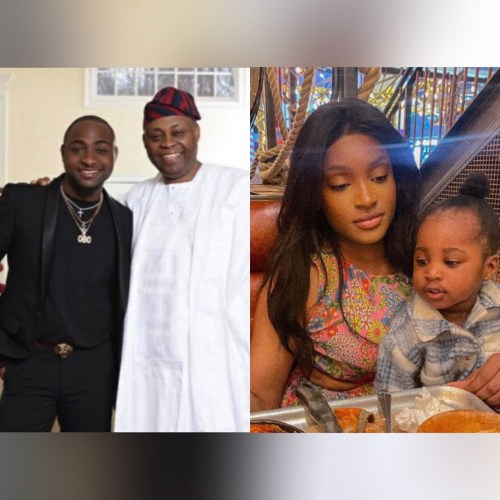 This information found itself on the internet after Davido shared a video of his father’s wall gallery- a room containing the paintings of his grandchildren during Ifeanyi’s birthday party.

In this room, Davido’s nieces and nephews were painted on the wall alongside his first three children- Imade, Hailey and Ifeanyi.

The paintings of Imade, Hailey and Ifeanyi was not what caught the attention of Netizens. It was a painting of Davido’s fourth child and second son, Dawson who the singer denied for almost 2 years.

According to close friends of Davido, he finally accepted and introduced Dawson to the world after a DNA test was done. This introduction was when Davido was spotted carrying Dawson in Pastor Tobi’s church in UK.