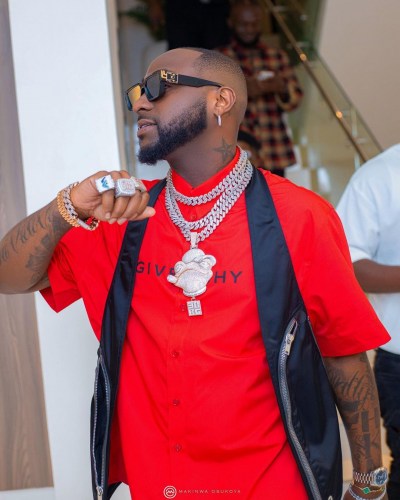 Davido has finally reacted to Dammy krane’s Call Out.

It would be recalled that Dammy Krane Called Davido over an unpaid Debt. According to him, Davido failed to reached out to him or respond to him after he demanded for Royalties for a song he wrote.

Dammy Krane confessed that Davido acknowledged the fact he co-wrote the hit song, ‘PERE’, but he failed to give him Royalties.

Reacting to Dammy’s tweet and other tweets insulting him, Davido posted a picture of him with a bulk of hard currencies. He supported the picture with a laughing emoji. See below;