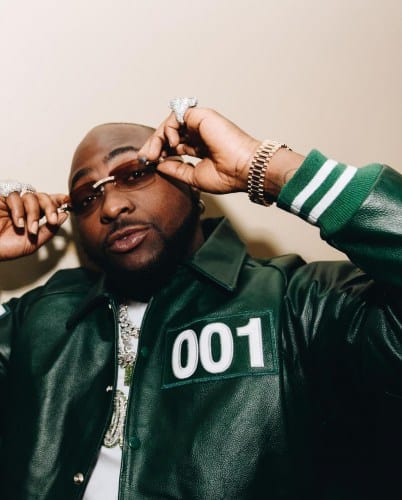 In the early hours of Wednesday morning, Meek Mill hopped on Twitter to brag about how Africans are begging him for a collaboration and to come for a concert.

According to Meek Mill, he would love the collaborations, but he wants to work with Davido. Meek Mill noted that he wanted to come to Africa and also release another collaboration with Davido, but it didn’t happen because of a misunderstanding.

His tweet caught the attention of Nigerians who began tagging Davido to the post. Davido responded with a tweet that reads; “Make Una tell am to call meee..” 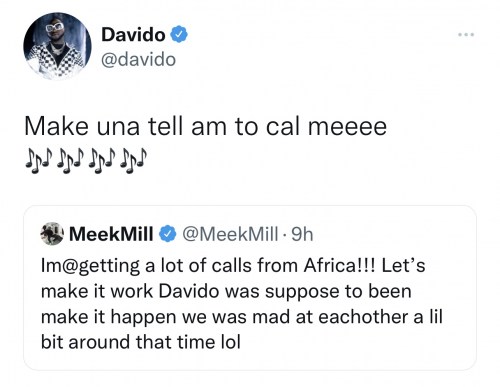