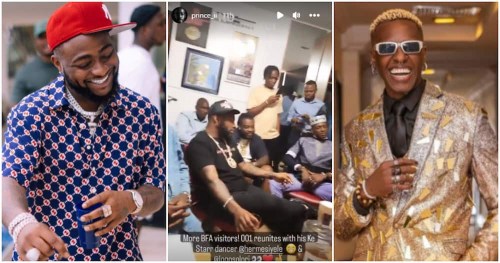 The viral video of the Afrobeat superstar and the multitalented, Hermes has been making the rounds on social media.

Recall, Hermes was the energetic dancer in Focalistic and Davido’s Ke Star music video, who everyone could not help but notice.

The video of the amazing meeting between the socialites was shared by Davido’s lawyer, Bobo Ajudua. The father-of-3 and Hermes were spotted sitting almost side by side as Bobo noted in his caption that the singer reunited with his Ke Star dancer.

KING – SHE (She No Dey Complain)