Do You Think Burna Boy Can Sell Out Wembley Stadium? 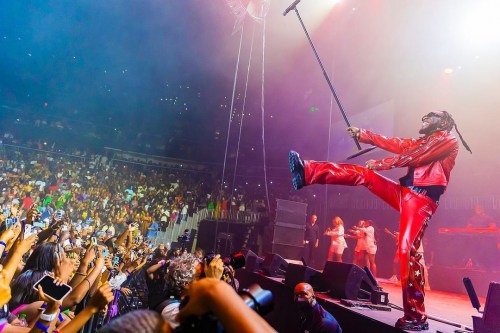 Burna Boy is prepping to break his own record in 2023 by selling out The 90,000 capacity Wembley Stadium.

The African Giant wants to sell out the second largest stadium in the world, Wembley Stadium in 2023. He took to Twitter to make his plan known to his fans; “Wembley Stadium 2023”.

Now the big plan is to shut down Wembley stadium which he recently performed in, alongside British singer- Ed Sheeran. What Do You Think…. Does Burna Boy now has what it takes to sell out The 90k Capacity stadium?.