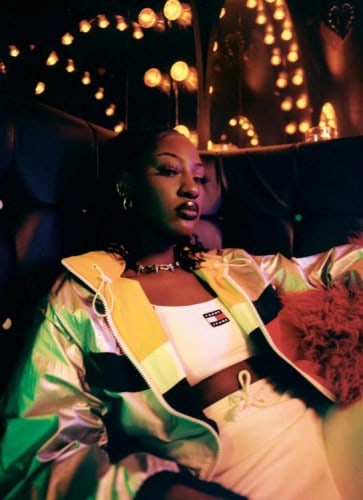 Big Tems is steady letting her fans know that she is here to stay.

The talented music artist has now surpassed 1 billion streams on Spotify. This information came to light via the official page of Chart Data on Twitter.

Tems recently bagged 2 Grammy nominations according to her work on Future’s song, Wait For You. She was also featured on the playlist f Black Panther: Wakanda Forever. alongside Rihanna, Burna Boy, and the like.

With this feat, she joins the league of African music artists with the same record.

@temsbaby has now surpassed 1 billion total streams on Spotify across all credits.

.@temsbaby has now surpassed 1 billion total streams on Spotify across all credits.