Don Jazzy Reunites With His Ex-Wife, Michelle Jackson After 18 Years 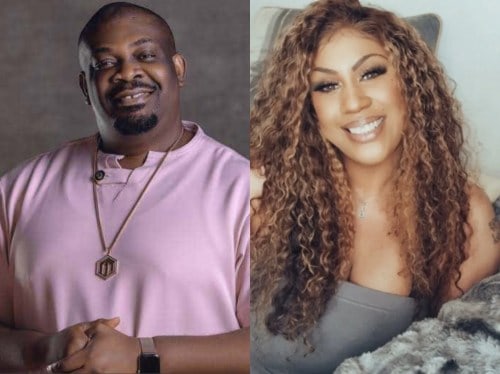 The Ace producer linked up with his ex-wife, Michelle Jackson, in Lagos. Don Jazzy shared a video of their meeting on his Instagram story. In the video, Don Jazzy and Michelle were smiling at the camera with another lady, as the producer went on to hail his former wife, Naija Girl.

Mavin Boss asked His ex and her friend what they have learned since they came to Nigeria after 18 years. It would be recalled that Don Jazzy shook his fans in April last year when he revealed that he had once been married to Michelle and that their marriage only lasted for two years.