Here Are The Highest Peaking Nigerian (Naija) Albums On Billboard 200 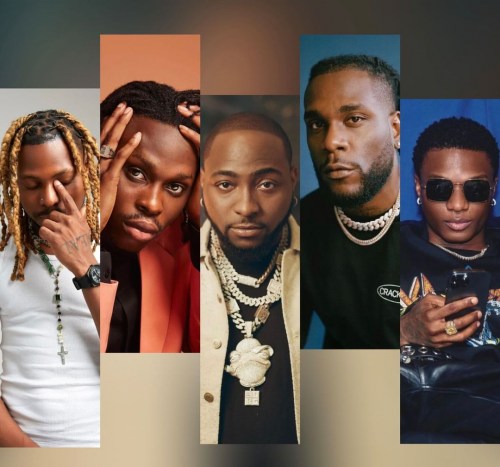 Harry Styles‘ “As It Was” adds a record-extending 15th week at No. 1 on the Billboard Global 200 chart, while David Guetta and Bebe Rexha‘s “I’m Good (Blue)” surges to No. 2 on both global charts; Chris Brown‘s “Under the Influence” reaches the top 10 on the Global 200; and Rema and Selena Gomez‘s “Calm Down” hits the Global Excl. U.S. top 10.

Asake also made history as his debut album reaches the top 100 on Billboard Global 200. MMWTV Album just debuted and peaked at No. 66 on Billboard Top 200, earning it the record of the first debut album by a Nigerian artist to achieve this.

Asake’s achievement has also given Wizkid FC the morale to drag Davido and some other artistes after Billboard shared a list of some Nigerian albums on the Top 200 chart. See a complete list of the highest peaking Nigerian album on Billboard 200.

Billboard Reveals Their Top 10 Greatest Artists Of All Time