by Oluwatobi Ibironke
in News, Trending
0 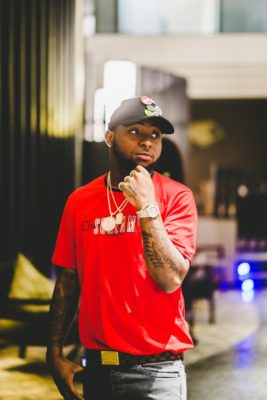 Budding artiste, Teniola, has claimed to have written Davido‘s new and trending song, ‘Like Dat‘. The Fargin crooner made this claim via a Twitter post and she gave a shout out to Davido for encouraging and supporting young writers like herself.

The singer who recently got signed up by Dr Dolor Entertainment, is one of the young artistes tipped to climb to the upper echelons of the music industry in the coming years. She is said to have been working with popular producer D’Tunes on her new projects. In a catch-up session with Jim Donnett of TooXclusive TV, the producer raved about her talent, saying she reminds him of Sean Tizzle.

A song I wrote for @iam_Davido drops tommorow!! S/O to OBO for giving young writers like my self a chance!! I can’t wait for y’all to hear “Like Dat” Another Monster Hit