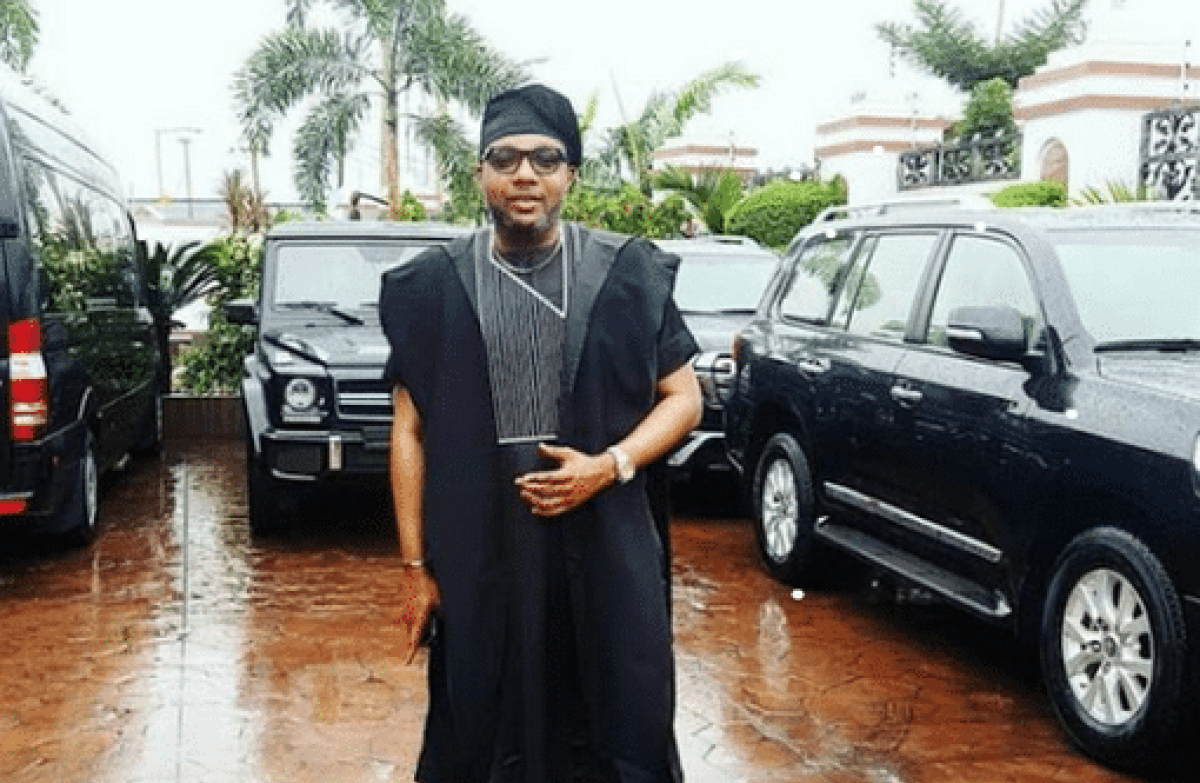 E-Money who is the chairman of Five Star music group had 6 of his police escorts withdrawn after it was reported that he allegedly  treated the policemen like domestic servants. It was reported that the Inspector general of police  was surprised that policemen were attached to him in the first place and were being used like domestic servants, carrying umbrellas, opening doors and doing menial jobs for him.This angered the IGP who later called for the removal of the escorts and also investigated him over his flamboyant lifestyle.

According to Punch, E-Money arrived at the Police Headquarters Annex, Kam Salem, Obalende, Ikoyi, around 1pm in a wine-coloured suit.He was subsequently grilled for about six hours by the Inspector-General of Police, Monitoring Department and was granted bail. It was also stated that he would return today for more questioning.

E-Money visited the Force HQ annex today and met with police detectives and was grilled for about six hours. He came along with two others and responded to many questions. Somebody took his bail and he was allowed to leave and return on Wednesday for more questioning.”

Watch The Shocking Moment Kcee Dedicated His Headies Award To Wife And Side Chick.

Kcee Announces Birth Of His Third Child, A Baby Boy With His Beautiful Wife